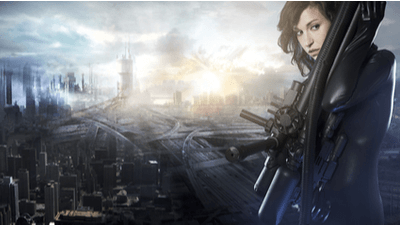 Valorant has become non-stop in its mission to be the top FPS game of all time. The Riot-owned game has become increasingly popular since its release in June of 2020. The game has garnered fans throughout the world from fans of the FPS genre to new players seeking to get into the undying hype of the game. Riot is seeking to market Valorant at every opportunity. One way of hyping up the game is by introducing agents representing big markets and communities. After the release of the game’s 18th agent, fans have been speculating that the next one might represent the SEA community.

Clues to the Next Agents

Fans are always on the lookout for clues on who the next Valorant agent will be. Riot loves to provide cookie crumbs to eagle-eyed players who are thorough enough to look. These clues can come from hidden clues within maps, voice lines from some agents, or visible displays within the game. For the next agent, several voice lines and teasers indicate that the next agent comes from the Southeast.

Speculations about the next agent started when Riot released a clip of Killjoy’s computer setup. Though most fans thought that this was nothing more than publicity material, computer sleuths took a closer look at the digits on Killjoy’s screen. The numbers that are written are codes written in binary which translated means “14.5995° N, 120.9842° E.” Upon checking the coordinates, these points point to the City of Taguig in Manila. This teaser indicates that some portions of the next content will represent the Filipino community.

Players have also noticed that several of Chamber’s voice lines refer to the next agent. During the starting round of every match, Chamber says various dialogues addressed to different agents in the game. Here are the voice lines with some analysis:

Chamber to Brimstone: “Monsieur Brimstone, as promised I have found your next recruit. You are off the hook, as they say. Forgive me for doing your job!”

This dialogue occurs between Chamber and Brimstone at the start of the round. This is just Riot’s obvious way of saying that the next agent is ready to be released soon.

Chamber to Viper: “Viper, your suit is a little stifling, no? When you go meet the new agent, maybe pack something light. Manila is quite warm this time of year”

This next dialogue occurs between Chamber and Viper during the starting round. Chamber comments on Viper’s clothing indicating that it might be discomforting for her to wear it when they go to Manila. This line indicates that the agents need to travel to the Philippines to recruit the new agent. This dialogue is the biggest indication that the next agent is a Filipina.

Chamber to Sage: “Sage, I am told you are something of a radiant mentor. Expect a new student soon. I should warn you that this one is a bit…prickly”

This line occurs when Chamber and Sage are on the same team. At the start of the round, Chamber comments that he has a new student for Sage and that student is a Radiant. This indicates that the next agent will have similar Radiant-based abilities like Jett, Reyna, and Phoenix. The use of the word “prickly” indicates that her abilities might be related to something that has a spark.

Chamber to Jett: “Zippy Jett needs some competition, I think. I know just the person.”

This is Chamber’s line to Jett during the starting round. “Zippy” means fast. Chamber indicates that Jett needs a competition who can be quick or fast like her. This suggests that the next agent’s radiant abilities will involve some speed and will have offensive abilities. Offensive abilities are commonly associated with Duelists and Initiators.

Chamber to Killjoy: “Killjoy, I hear your latest project lacks a power source. Do not be embarrassed, I have a solution”

Chamber says this dialogue to Killjoy at the starting round of a match. The previous lines indicate that the next agent will be a Radiant with abilities involving or symbolizing speed. Chamber telling Killjoy that he has a solution to her lack of power source indicates that the next agent’s abilities might involve lightning or electricity.

Chamber does provide an extensive amount of information for people to guess what kind of agent will come out next. To summarize all the pieces of information from these voice lines, the next agent will be a Filipina Duelist who has Radiant-abilities involving electricity or lightning. It seems that Riot is keen on introducing an agent from Southeast Asia in an effort to make one of their largest community happy.

As of the moment, Valorant has 18 agents on its roster. These agents are divided into four classes: duelists, sentinels, initiators, and controllers. Duelists are considered a self-sufficient class and bring the most impact in the game. They are the main offense of the team, often expected to seek engagements and frags. There are currently five agents under this class: Jett, Phoenix, Raze, Reyna, and Yoru.

If Duelists are the offense experts of the game, Sentinels are defense pros. These agents are able to lock down sites and prevent flanks with the use of their abilities. These agents are invaluable since post-plant defense is a crucial part of the game. There are currently four agents who fall under this class: Chamber, Killjoy, Sage, and Cypher.

The next class is Controllers. These agents are able to divide the map to help their teammates assault or defend their respective territories. These agents usually have some kind of smoke ability that can impair or block vision. There are currently four agents under this class: Astra, Brimstone, Omen, and Viper.

The last class will be the Initiators. This class specializes in helping their teams assault contested areas by challenging corners or angles to push enemies away. There are currently four Initiators for the game: Breach, KAY/O, Skye, and Sova.

Chamber is the latest addition to the FPS game’s roster increasing the numbers of Sentinels in the game. Since the next agent is expected to be a duelist, the entry fragger team will have the greatest number of agents in their respective class. Riot intends to release one or two agents every chapter in the game, so the list will continuously increase over the course of time.

Valorant is an online multiplayer FPS game owned by Riot Games. The game’s popularity is seen to rival older FPS games such as CS: GO. With new content such as maps, skins, and agents coming out frequently, Valorant will just keep getting better. As more agents keep coming in, it seems that the Valorant hype won’t be dying anytime soon.