Black Desert Online Oasis Event: The End of An Era 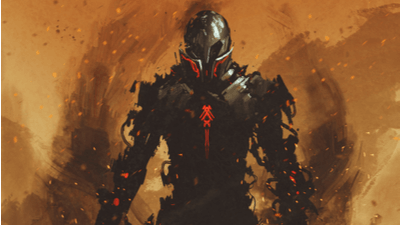 The BDO Oasis Event is Coming to an End

Black Desert Online has been one of the most popular MMORPGs in recent years, alongside Final Fantasy XIV, World of Warcraft, New World and ESO. Unlike the MMORPGs that employ theme park gameplay, Black Desert is a sandbox MMO, meaning there is no specific path or linear story to follow, and players are free to do whatever they want in any order- they create their own fun.

The Oasis Event, also known as the COVID-19 event for adventurers, in Black Desert Online seems to be approaching its final stages. The event was the game’s assistance to players during the pandemic. Pearl Abyss have announced the end of the Oasis Event on the 24th of November. The removal of these buffs signifies that other aspects of the event will also be removed eventually from the game. The end of the event, which has been ongoing for 20 months, has huge implications on the gameplay of players, both old and new.

What is the Oasis Event?

The Oasis Event essentially is a huge gameplay buff and aid for adventurers, which began when the COVID-19 pandemic started. During the event, players are immune to desert sicknesses such as hypothermia or heatstroke, receive bonus chances on item loots, and have access to cheap and affordable items and equipment such as Cron meals. In addition, sailors of ship owners are immune to seasickness while traveling across the sea. So, with the removal of these features, how much will it affect the gameplay?

Desert Sickness is Back

For adventurers who grind daily around nodes in the Valencia territories, the return of status debuffs can be annoying. Before the event, players had a chance of getting afflicted with heatstroke during the day or hypothermia during the night. The debuffs can only be removed by consuming purified water or star anise tea respectively, or by waiting for the debuff to expire. However, waiting for them to expire is generally not a good idea because these status ailments reduce your health every five seconds. It was annoying to bring consumables just to combat these ailments because these items take up inventory space and weight capabity. With the removal of the Oasis Event, players are now forced to bring consumable items to combat the debuffs.

Food Is No Longer Cheap

Before the Oasis Event, food was regularly bought through the in-game marketplace. Meals such as the Kamasylvia Meal, Calpheon Meal, and Serendia Meal were must-have items or consumables because they provided various buffs for different activities. When the event started, the game brought in a version of the valuable Cron meals that could https://grumpygreen.cricket/cooking-recipes/be bought at a cheaper price. There are three kinds of Cron meals with varying buffs and effects, but these meals cover everything that adventurers need to carry on with their activities. After the removal of these cheap meals, players will have to buy their own food again from the marketplace at higher prices.

Without the Oasis Event, adventurers who sail the seas are faced with the return of a previous annoying problem that has long since been gone: sailor sickness. Sailors’ health can now get sick once again since the event no longer protects them. Once a sailor is afflicted with a status ailment, their stats are reduced, and their passives inhibited. The elixir needed to cure them of these ailments are in no way easy to acquire. At the same time, players cannot simply ignore their sailors, or else their sailing speed will be affected. Players will now have to monitor their sailors constantly and stock up on the hard-to-get elixirs just to keep their crew healthy.

No More Affordable Compass and Map

Two of the best items that came with the Oasis Event were the cheaper versions of the explorer’s compass and traveler’s map. The compass is used to be able to see in the minimap in areas where there are navigation restrictions such as the ocean and the desert. Meanwhile, the traveler’s map allowed players to teleport from their location to the nearest safe zone. Though these items were available in the marketplace, the event made these items available at a more affordable price compared to their marketplace counterparts that are priced in the millions. With the removal of the event, players who frequently go to areas such as the ocean and the desert will now have to spend their valuable silver on these essential items.

Work Hard for your Gear

Probably the most significant or impactful feature of the Oasis Event was the TRI Ramones gear. This gear is essentially cheaper and unenchantable versions of boss gear such as the Kzarka weapon, Dandelion awakening weapon, Kutum sub-weapon, Nouver sub-weapon, and Dim Tree Armor. The Ramones gear provides players with TRI enhanced versions of gear, greatly reducing players’ risk when upgrading items. Previously, adventurers would have to be wary of reducing the durability of their gear during the process. With the Ramones Gear, players can simply keep enhancing their own gear, using the cheap knockoffs while they recover their actual items. With the removal of these weapons and armors, players are now forced to face the risks of enhancing once again.

The Oasis Event is something that will be definitely missed by the Black Desert community. The help it brought has allowed the game to be more enjoyable and accessible for a lot of players. Without it, players will have to change the way they play the game once again. However, adventurers shouldn’t be completely sad as Pearl Abyss has announced that they will be coming up with a new event this coming winter. So, players should just wait for the next Calpheon Ball and stay tuned!