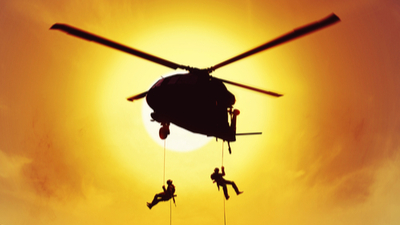 Call of Duty: Black Ops has always been a great game franchise. It’s been a classic, and over time, it’s developed quite a following. CoD: Black Ops Cold War multiplayer has just brought in a whole bunch more fans by introducing a series of exciting game modes and maps! Here in this article, I’ll be taking you through everything you need to know about the game. Are you ready? Let’s go!

Let’s be honest, gang. There’s about a gazillion Call of Duty games, and it can be confusing trying to remember what’s different or unique about each one. It seems like you’re just getting good at one when boom! Another one comes out. So, let’s start with the obvious question: why is this game worth playing? Why is it special? Why is it worth going for, when there’s a ton of other ones?

First off, Treyarch’s gotten better and better. They’re perfecting their art, and this game is the latest culmination. Secondly, it’s in a very interesting time period: set square in the early 1980s, you feel like you’re part of an old action movie. Third, the maps are very diverse, from deserts to frozen waters to smack dab in the middle of Miami. I personally always hate when a game is too centered around one thing, but this one doesn’t do that! In fact, it’s a beacon of diversity.

A game can have a great story, great mechanics, great gameplay, great servers, and more. But, if there’s one thing that’s an absolute game killer, it’s having terrible maps. Even the dazzle of great graphics cannot make up for terrible maps. Nothing can. In multiplayer especially, if you end up with broken maps, the whole game is a collection of annoying moments, from campers everywhere to spawncamping to glitches. It’s just…awful. If the maps feel stale, the whole multiplayer experience is usually shot.

So, how are the maps in CoD: Black Ops Cold War multiplayer? Excellent! There are five maps: Moscow (which throws you into the heart of the U.S.S.R), Crossroads (which will land you in the frozen lakes of Uzbekistan), Satellite (a boring name for the Angolan desert), Armada (North Atlantic waters map), and Miami (the streets of South Beach). Some of the maps have some fun features, like ziplines, commanding gunboats, tank and snowmobile operation, and more!

Call of Duty: Black Ops Cold War multiplayer will give you some familiar modes and a few unique ones. It’s a nice blend of things you’re probably familiar with, but without being the same exact thing that’s already been done. You can expect to see Kill Confirmed, Domination, Search and Destroy, and of course—Team Deathmatch. Great. But what about new ways? The game introduces several new modes, like Combined Arms, Fireteam, and VIP Escort. Don’t know what those are? Never to fear, my reader friend! I’ll take you through what you have to look forward to!

What is Combined Arms?

Combined Arms is basically Team deathmatch, but cooler. You gotta love good ole’ Team Deathmatch, but have you ever wanted to roll around in a tank in that mode? Well, now you can! It’s a 12v12 battle that takes place on a larger scale than traditional Team Deathmatch. You can absolutely crush as infantry, but if you prefer something a bit more… say we say, deadly, you can also hop into Attack Helicopters, Tanks, Wakerunners, and Snowmobiles. Of course, depending on the map, what you have available will vary.

There isn’t a lot of information about this game mode so far, but here’s what we do know: it’s a 40 player category with up to 10 teams of four. There’s a heavy emphasis on the environment, and the first available Fireteam game type is called Dirty Bomb. That’s most of what is known right now.

What is VIP Escort?

VIP Escort is a 6v6 objective core game mode, where you basically have to protect someone and get them to an extraction point. Obviously, if you’re on the other team, your goal is to neutralize the VIP before that happens.

A non-VIP that bites the dust during the round comes back the next round, but a downed player at zero health can defend themselves in Last Stand (alternatively, you can be revived by a teammate).

Call of Duty: Black Ops Cold War Multiplayer is bringing tons of exciting advancements! Everything I mentioned are some of the best features, but perhaps the features that you will personally like the most will only be unveiled once you get in there and get your hands dirty!