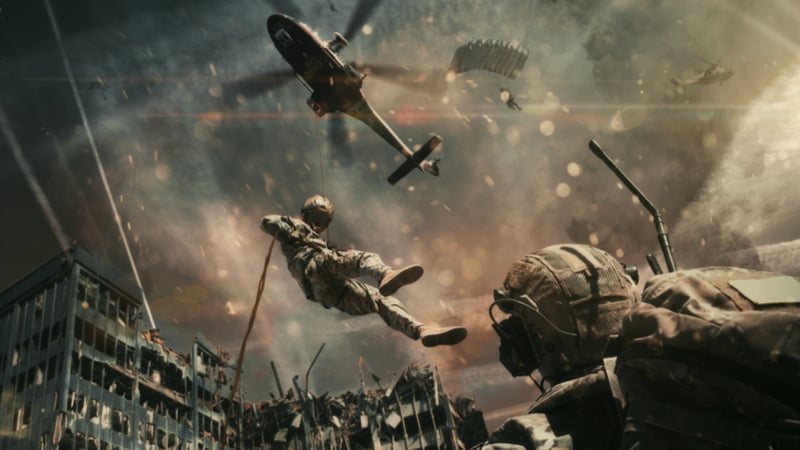 What we have seen so far since its release is that Call of Duty: Modern Warfare has made a huge impact on the series. As it did with the previous installments in the franchise, it managed to latch onto the popular battle royale franchise, which arguably took the games to a new level of popularity. What’s important to remember is that the game has a massive console playerbase as well as PC, so those who are the former will be wanting to know what the best CoD Warzone settings are the best to use to bridge that gap between the two platforms.

The Call of Duty franchise has been a household name for many years on consoles as a go-to first-person shooter. This doesn’t mean to say that there isn’t room for improvement as far as how the game plays on the console platforms. There isn’t anywhere near as much tinkering to have to contend with than when playing on PC, but nevertheless there are features that you can tweak to get the best out of the game, regardless of what platform you play CoD on.

Let’s start with what controller settings you could use. Whilst many FPS players prefer to use the combination of mouse and keyboard, which is an option on all platforms, there are many that will also prefer to use controllers. With that in mind, there are a few settings for you to look into.

If you have played CoD games before, then you are best leaving the button and stick layout as it is. However, if you tend to frequent different shooters such as Fortnite or those of a similar button input, then be sure to change it to fit your muscle memory. After all, muscle memory plays a key part when trying a new shooter, especially if you’ve played a different game for so long. Also, if you are coming from a different game you should look into the stick sensitivity. If shooters aren’t usually your kind of thing outside of CoD, then leave them as is. Otherwise, you should look into increasing the sensitivity just a little bit.

Another piece of advice with controllers is to turn off your controller vibration. Whilst it may add to the gameplay experience, it can serve as a massive distraction, especially if you are trying to aim from distance. It can be a hard habit to break, but it would certainly improve your game in the long run by having it switched off.

When it comes to your weapons settings, there are a few setting that you can play around with, and by altering them in a certain way you can get the most out of your time in Modern Warfare. The most important feature here is your aim assist, which is something you definitely should have enabled. Many will debate the fact that PC players have a distinct advantage with aiming, so it would be common sense to have this setting on if you are playing on console. With that in mind, switch it to focused if you aren’t particularly good at aiming.

You can make life easier for yourself in these settings by making sure the likes of Depleted Ammo Weapon Switch and Sprint Cancels Reload are disabled. I’ve found that the latter in particular is important, since you are going to find yourself sprinting a lot, and you are going to want to be able to reload at a moment’s notice. Having Tap to Reload on will too prove to be very efficient.  Another thing to disable is the Weapon Mount Movement Exit, which will stop you from losing your weapon by accident in battle.

I would say that the aim assist is the most important feature that you should have on, regardless of your experience.

Now that you have edited the control and weapon settings, you are pretty much ready to go as far as your actual gameplay is concerned. If you want to make the most of the visuals as well, then there are a few CoD Warzone settings that you can play around with.

One personal feature for me is the brightness. I feel that having this turned up is always going to help you with your visuals when playing in darker areas, as it would with any other game. If you are going to take this advice however, please be mindful of it being too bright to the point it could damage your eyes. There are a few other visuals that you should probably turn off too.

These include Film Grain, Tooltips and the motion blurs. The latter only really blurs the game for effect, but it can ultimately affect how well you aim. You won’t miss much from having Film Grain off either, since its just a visual effect that enhances the experience but not your overall performance.

Controller and weapons settings may be the most important to some, audio can play a massive part in winning and losing. It is vital that you can hear your surrounding environment, such as enemy footsteps, in CoD Warzone. Thankfully, there are settings you can change to make them as balanced as possible.

Firstly, you will want to have your controller sounds muted, which stops any noise that your controller is going to make that could potentially distract your attention. You will also want to turn down the music volume so you can listen out for enemies in your area better. This can be helped by turning up your effects volume so you can hear what’s going on in your location. Finally, your audio mix will differ depending on whether or not you are using a headset, so just play around with it to cater to your choice of audio.

By taking these CoD Warzone settings into account, you should be able to get the best possible experience out of the game on console. Even though there is less to control than you would have on PC, these settings can give you a distinct advantage over the default settings when first booting up the game.