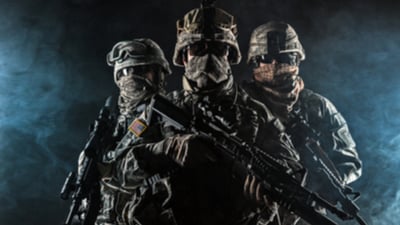 Call of Duty: Cold War is a great game to play! While it keeps the roots of other Call of Duty games, it makes a number of new and fun changes that differentiate it enough that it’s becoming a bit of a fan favorite for many gamers. But… there’s a problem that afflicts each of us who play: we aren’t where we want to be yet. We die too often, and don’t kill enough. I know, I know. There’s one big struggle in every gamer’s world: wanting to be better. I don’t care if you’re the greatest player or the worst. You always would like to be better at the game, and you can always benefit from some Cold War multiplayer tips.

Now, I’ve heard some people say that some players are just born with “it” and others aren’t. That’s baloney. I used to think it was true, until I got demolished by an Overwatch friend in a 1v1 after giving him a few tips despite being a much higher rank for many years. For many people, small things are holding them back and keeping them from reaching their true potential in any game, and Cold War is no exception. In this article, I’ll take you through some of the top (easy) things that you can do right now to improve! Ready? Let’s go!

What is the Number One Tip?

I’m going to apologize for this in advance, because it’s not like the other tips and kind of corny (though true), but the most important tip is that you have to practice to be good. Think of every streamer, every gamer, every anything that you know. They’ve all been playing a while, and nobody on the planet starts at the same level that they do with practice. Put in that time, and you’ll start seeing results.

What Are the Other Cold War Multiplayer Tips?

Okay, now that we’ve knocked out the obvious one, here are the rest! Instead of prattling on, I’m going to jump straight into it.