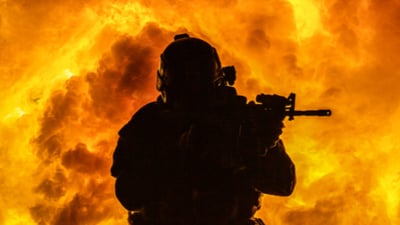 Call of Duty: Modern Warfare is fun. But Call of Duty: Modern Warfare with killstreaks is even better! All of a sudden, you have the upper hand and you can absolutely demolish your opposition! First of all, it makes the game more enjoyable for you, which is great. Second, many of the killstreaks you can earn help you team and increase the odds of coming out with a win, making it better for them as well. And third, which is arguably the most fun part of it all, it’s really annoying to play against killstreaks.

If you get the right one, you can make enemy players rage! Sooner or later, they’ll all turn on each other wondering who keeps feeding your killstreaks and you, my friend, will be there to reap the rewards. Throughout this article, I’ll give you a brief overview of the most enjoyable, top rated, and most popular killstreaks in Modern Warfare today.

What’s the Best Killstreak in Call of Duty: Modern Warfare?

Well… that’s a tough question. The short answer is this: it depends. Since most of the killstreaks aren’t too similar, you can’t compare them on a one to one basis. It’s the whole apples and oranges debate. That being said, this is a guide meant to lead you to the ones that are the most enjoyable and most empowering to use! Different play styles will prioritize different killstreaks, and that’s okay. What we’ve done here is collected a variety of the most popular and highest rated killstreaks (not to mention that they give you the best bang for your buck) in the game to present to you. Let’s go!

Let’s start with a classic: the Advanced UAV. If you have no idea what it is, it shows where people are on the map and their direction. When you have this killstreak on, you and your squad can see the enemy’s direction on the mini-map.  Though it might not sound like much when it’s explained, in a game, it can be devastating to play against when people know where your blind side is.

The good news is that the Advanced UAV is one of the most powerful killstreaks you can get in the game. The bad news is that it’s priced accordingly. To get it, you’ll need to get 12 kills (or 11 with Hardline). Is it worth it? That’s up to you, but if you ask me, it absolutely is.

I’ve played a lot of Call of Duty over the years, and I can confirm one pretty important thing: killstreaks with a lost cost are the best things on the planet. There’s nothing more annoying than shooting for a huge killstreak and getting murdered right before you get it. A UAV is almost always one of the handiest things to get, so I’ve included the Personal Radar on here. Basically, it’s a UAV. Why didn’t I go with your standard UAV? Because of how little it actually takes to get the Personal Radar!  With Hardline equipped, all you have to do is kill two players. That’s it. Even if you aren’t the greatest player on the planet, you can get this killstreak very quickly. It’s something you can get easily, quickly, and reliably—making it a go-to for me.

Even mentioning the VTOL Jet makes me annoyed. It’s often referred to as the most annoying killstreak in the game for a couple reasons. First off, it’s loud. Second off, the noise that it makes it aggravating. Thirdly, people hate playing against one of these beasts. It releases an initial missile barrage before guarding a location of the player’s choice. It only takes 8 kills to get, and when you get it, it’s bound to drive people nuts. But, if you get it, be careful: it’s pretty easy to shoot down, and if you use on a map with a lot of cover, you probably won’t get its full potential.

The Juggernaut is the best thing in the game. Okay, that was a bit of personal bias, but basically, the Juggernaut gives you a machine gun and a powerful suit. You wander around without any equal on the battlefield, spraying the enemy and absolutely shredding your opposition. For me, other killstreaks come and go, but the Juggernaut is near and dear to my heart. There’s something incredibly fun about it for many, many players. It’s definitely a fan favorite. Unfortunately, it costs 15 kills (or 14 with Hardline). That being said, it’s usually incredibly popular for a reason.

Using Call of Duty: Modern Warfare Killstreaks makes the game even more fun than it is to start with. There are lots of killstreaks to choose from, and we here at Player Auctions would like to encourage you to try them all out. However, these are some of the ones that you should try first because they usually give you the best bang for your buck. They are all popular and beloved, and for good reason! They do their jobs, and they do them well.