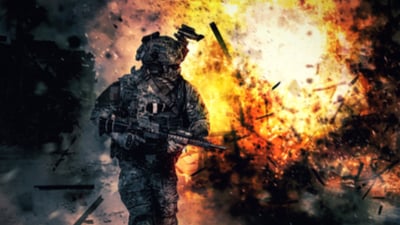 Call of Duty: Modern Warfare is a fantastic game that offers a lot of playability. Especially if you’re a multiplier lover like me, you’re going to spend a lot of time duking it out with enemy players online. And that’s fun! However, we both know that it actually is way more fun to be duking it out with enemy players online and winning! There’s nothing more satisfying than dominating on the battlefield, and here’s something that’s a proven fact: you can always get better. I’ve known some players that were awful at a game, and through a few things that they changed, ended up being beasts! If you’re looking to improve your gameplay, then look no further! I’ll take you through some of the best Modern Warfare tips and tricks that you can use right now to improve your gameplay and start dominating on the battlefield!

Who Is This Guide For?

You. Honestly, I don’t know anything about you. You might be awful at the game, or you might be godly. It doesn’t really matter. This guide has been structured to include tips and tricks that players of all skill levels can incorporate, if you’re a newbie or if you’ve been playing a while! You never known when you might run into something that will give you a leg up. Hopefully, you find a few of those gold nuggets here.

What’s the Best of the Modern Warfare Tips?

If you walked up to me and asked me what my number one tip to get better at CoD: Modern Warfare was, I’d tell you that practice is king. Although all the other tips are great, you can never beat sheer practice. Get to know the maps. Get to know the guns. Get to know all of it, and put in the time necessary. You’ll start seeing improvement.

What Are A Few Other Great Modern Warfare Tips?

Let’s jump right into it!

I know. The article said five, but we here at Player Auctions love you so much we’re going to throw in another tip for free!

Play Realistically. I’m talking to you, dude who leaves the team, dives into enemy territory, gets killed, and then rages about how unfair the game is.  Modern Warfare makes you more prone to get killed than some of the games you might be used to. This means that you must play tactically! You cannot expect to always be able to go crazy and be successful. Use covers, use tactics, and play the objective when you can. Failure to follow this tip is one of the biggest reasons that some people have terrible stats.

In summary, today we’ve gone over five of the top tips to improve your gameplay in Modern Warfare right away—plus a bonus tip that we threw in for fun. We hope you enjoyed it, and we hope that you are able to apply some of these tips to hit levels of gameplay domination that you never knew you could hit.