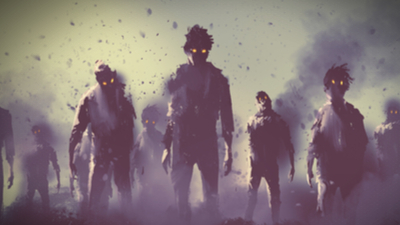 Warzone. Zombies. Say it with me. Warzone. Zombies. Two of the greatest words, and now, they’re combined! It’s the new Zombie Royale, but don’t you fear: it’s more than just a cheap gimmick. The creators of the mode went all out to create a fun, unique game mode that’s unlike anything you’ve seen before—while not deviating too much from tried and true fun. Here in this article, I’ll be taking you through everything you need to know about this mode in this Warzone Zombie Royale Mode Guide, including what it is as well as how to play it. Plus, bonus points: at the end of the article, I’ll share with you some top tips and tricks for how to come away with the win!

What is Zombie Royale?

Right in time for Halloween (spooooky), the Zombie Royale mode hits the ground with a bang. Fortunately, it’s not all that different from what you know, so there isn’t a big learning curve. Here’s the basics of what you need to know: it’s a normal Battle Royale, but with zombies. I know. That didn’t shine a lot of light. Let me get more into detail:

There’s 150 players in each game, broken in groups of three. It’s got the same basic rules: last one to survive wins, and there’s a field of gas that is constantly closing in on Verdansk until there’s only a tiny area where you can survive. That’s all the same, but here’s where it differs: people can turn into zombies. Zombies gain special zombie powers. Don’t worry, I’ll get into those later. But for now, what you need to know is that if you get caught and turned into a zombie, you aren’t out of the game. If you can kill two living Operators, collect the syringes they drop, you’re back in the game as a fully living Operative. If your team runs out of living Operatives, you are out.

What are Passive Zombie Abilities?

We all know the classic zombie. They shuffle around, groaning brains and generally having zero coordination. They’re easy targets, and they’re incredibly boring unless they are in huge numbers. Fortunately for all our gamers, Undead Operators aren’t anything like this. They actually come back with some serious firepower, so don’t think for a second that you’re going to be playing some boring, uncoordinated husk. Here are some benefits!

Advanced vision. The map is set at night, but zombies are blessed with a lot better vision. Also, they have something similar to the Tracker Perk, where footsteps of a Live Operator show up for a second or two.

Gas immunity. Yep, that mean circle that killed you because you weren’t paying attention before? Well, it’s your time to shine! And let me tell you—appearing out of nowhere and scaring the blazes out of Operators trying to skirt the edge of the circle is even more fun than you’d imagine.

What Are Active Zombie Abilities?

Gas Grenade. Damage and disorient an Operator, then rush in for the kill. Simple, straight forward, and easy, this is a killer.

Charged Jump. Yep, high-flying, rooftop-leaping zombies. Say night-night to that sniper! Literally just imagine a bounding zombie and that’s what you have to deal with here.

EMP Blast. Become an agent of destruction by getting rid of enemy electronics, from HUDs to vehicles to Proximity Mines to digital optics.

How About Some Tips for the Zombie Royale Mode?

Now that you know the basics, here’s a few inside tips and tricks for you to keep under your belt!

Bring back teammates. You need to buy back a teammate. It’s going to help you succeed—especially since if they die again, they’ll just keep serving the squad as a zombie. All you need to win is one, count ‘em, one live Operator.

Keep it light. Where zombies are faster and more mobile, you’re going to want to keep your speed up as a live Operator. While heavy weapons are fun, consider trading them for something that won’t weigh you down, like a shotty or SMG. I’d recommend Double Time too.

Be Aggressive as a Zombie. Though there is some tact in being a zombie, you won’t be able to do anything if you sit back and wait too long. Zombies aren’t snipers. They melee. Use your abilities and attack! That nasty EMP plus the Gas Grenade can terrorize your opposition if you need it. If the situation is ready as is, just go for it!

Get a vehicle. It’s simple: in every zombie movie ever, what’s the most important thing? Having a good escape plan for when the zombies show up.

In summation, with Warzone Zombie Royale, you’re looking at two worlds of fun: the living and the undead. Becoming a zombie does not mean the game is over; rather, it means that you now have to play with different abilities and strategy. Or, heck, go crazy and attack everything and everyone to see if you can get back in as a live Operator. You do you, my reader friend. You. Do. You.