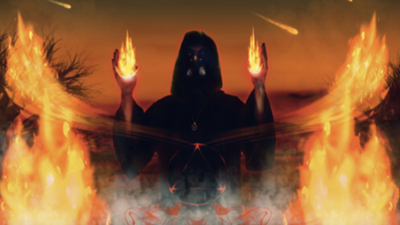 This article will talk about some unique and powerful Necromancer builds in Diablo 2: Resurrected. If you are looking to build a Summoning or Bone Spear Necromancer, please check out our Part 1 of the Necromancer series.

Another very popular Necromancer build is the Poison Nova build. This really is a powerful build for wiping out large groups of monsters. I especially like to play this build in the Secret Cow Level. Just a heads up, this build is not the best to level with. I would highly recommend you go with Summoning or Bone Spear Necromancer till about level 35, then use Akara to reset your stats and move into Poison Nova build.

In my personal experience, I enjoyed playing this build much more with a higher Faster Cast Rate vs + to All Skills heavy build. There may be a point in time when you are building this class and you feel like you don’t have overpowered gear and are not pumping out enough damage. I would recommend stacking on Faster Cast Rate just till you get the high-end equipment.

The real advantage, in my opinion, comes from the fact that this build can pump out a high amount of Poison, and Physical Damage in a very large area. With a strong mercenary equipped with Infinity, this build quickly becomes one of the most effective builds to blow through Hell Bovines.

One of the weaknesses of this build is that due to almost all of its skills being AOE, single target, AKA boss fights, might be a challenge. I would recommend heading over to the Secret Cow Level or the Pits and Travincal to farm quickly as possible.

The build displayed here will be sort of a budget build which will still allow for farming in the Pits quite easily.

Some of the upgrades you’d want to make are:

Even distribution between Corpse Explosion and Lower Resist

You’ll want to focus on large mob cluster farming with this build. Kite as many as possible, you’ll want to try to make it into as much of a “full circle” of mobs surrounding you as you can handle. Poison Nova radiates from your character outwards in a full circle with little poison “balls” swishing out.

Apply Lower Resist and start blasting Poison Nova. Once you kill the first couple mobs, use Corpse Explosion as the poison doesn’t stack infinitely, apply 2~3 Poison Novas, and use Corpse Explosion to wipe out the mobs that are ticking with Poison Damage. Rinse and repeat. Once you clear your group, raise the dead into Skeletons and work your way to the next group. With a lower budget build, I would recommend using Clay Golem over Iron Golem as you may not have enough + to All Skills items to sustain an Iron Golem.

You can’t start using Poison Nova until level 30, so I would recommend you play a standard Bone Necromancer with Bone Spear as the main damager and some investment into Teeth until Bone Spear. Remember to sustain Amplify Damage/Iron Maiden and use Corpse Explosion as often as you can to dispatch large groups of mobs.

You will require 156 Strength to equip the Monarch turned into Rune Word Spirit. This is why Homunculus might be a better option if you’re feeling like you want to invest more into health with attribute points.

Observe carefully before investing too many Skill Points into Lower Resist as diminishing returns as you increase its level. At a certain point investment into Corpse Explosion would be much more useful for farming large groups.

Iron Golem is favored by some players due to the inherent benefit of casting Iron Golem. The requirement to cast this skill is to use a “metallic” item such as Weapons or Armor items. What’s interesting is that the Iron Golem summoned takes on the modifications and stats of the item, so many players choose to summon their Iron Golems with “Insight” Polearms. This allows you to get the benefit of the mana regeneration aura from the weapon.

The downside to Iron Golem is that if it perishes in battle, the weapon effect is lost with that golem, so in order to get the same set up you have to find another Insight to feed. You will want to ensure you have enough high-end gear to get the + to All Skills in order to keep it alive.