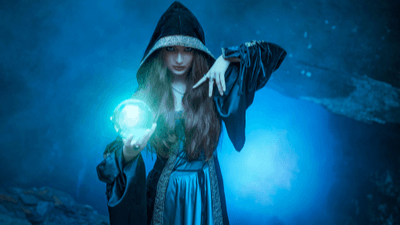 Diablo 2: Resurrected has been giving us all intense nostalgia for the last few weeks. I personally got a kick out of seeing a Kuko Shakaku Cedar Bow drop again during a casual run in the Ancient Tunnels. This brought back memories from decades ago.

The number of hours my friends and I would pour over “MFing” (Magic Finding) to find the best gear that fit perfectly with our character skill sets. I must admit, back when Diablo 2 Lord of Destruction was the epitome of MMORPG, there were groups of friends who would “rush” each other and share loot if it suited another’s character better. This meant that I never really experienced creating a character from scratch and working my way back up to the top.

When Diablo 2 Resurrected came out, all I could think about was wanting to play a Frozen Orb Sorceress just like the good old days. The satisfaction you get when you measure that distance just perfectly to blow up that orb in Mephisto’s face is something you can’t forget, even after decades have passed since you last shot your Frozen Orb.

This time around though, I would have to gear up my Frozen Orb Sorceress from scratch and not get a quick rush through all the acts, while I sit on my ass by the Secret Cow Level portal, till I hit level 99.

As I started leveling up, I began noticing how annoying “immune to cold attacks” really was. Once I had enough gear to start farming for items, I had to really strategize where I was going to farm. If you don’t have the mouse control to avoid “Immune to Cold Attacks” mobs in Chaos Sanctuary or find that you are dying too easily while dealing with those types of mobs, here are some tips where you can farm relatively safely and still get some decent drops.

This boss usually doesn’t have “Immune to Cold Attacks” minions around her. Dance around her with Teleport while shooting off your Frozen Orbs or laying down Blizzard. She should be taken care of quite easily. So far, I’ve had her drop some great unique items, like Raven Frost which is a terrific ring in any build of D2R. She also drops essences that can be combined with other essences to make the “Token of Absolution” so that you can reset your character’s Skill Points and Stat Points, making it an easy boss to kill for great rewards.

It is a great place to farm if you can play it just right with your mercenary. I recommend you get your mercenary some basic uniques.

This is the go-to place for a cold-skill sorceress to farm without immunity worries. This place rarely spawns mobs that are immune to cold and has been rumored to drop decent loot. Personally, I have seen uniques like Gore Rider War Boots to drop. This place is also a great place for leveling up from 70 ~ 85. Even playing by yourself without bonus experience points from additional players, you can level up relatively fast while you are farming.

If I had a dollar for every time, I killed Mephisto back in my childhood, I would be quite rich! Mephisto was and is still considered one of the best bosses to farm. One of the reasons is that it’s relatively fast. If you want to save some time with each Mephisto run, I recommend after killing Mephisto, you should walk through the red portal that leads to Act 4. This allows you to spawn close to a Waypoint. Then you leave the game, create your next game, and boom. You’re right next to the Waypoint to get to Durance of Hate Level 2, for the next Mephisto kill.

These are the basic routine MF runs I would do while I am gearing up my Frozen Orb Sorceress. I think that I’m enjoying the game much more now that I must work to get every piece of equipment and not have it thrown at me by my friends, or already have it stocked up from my elite main characters.

As I start getting better items or farming for items that are worthy of trading up to better gear, I will aim to get more +1 to sorceress skills from my equipment while finding some small charms that give extra life to get my character a bit beefier.

The next target to farm would be Chaos Sanctuary to kill Diablo. For now, you can run these suggested spots solo, or of course, join public games to run higher-level territories for better experience points and higher item level drops. One of the major downsides to joining and farming in public games is that you must compete with a whole gang of people who are madly clicking under the boss’s feet to grab whatever treasures they may drop upon killing. If you have the fastest fingers west of the Mississippi and can out mouse click the Hammerdin fist-pumping away right next to the boss, then, by all means, join the public games to share the Magic Find % and soak up a lot more experience for each mob kill.