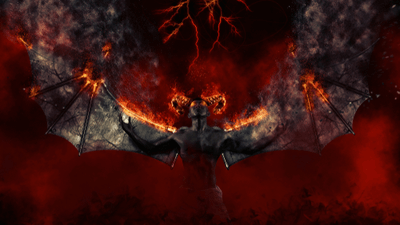 Back when Diablo II was originally released there were so many players that it wasn’t difficult to find someone who could “rush” you through the entire game. “Rushing” refers to when stronger players power through content for a weaker player to get them to “Hell” difficulty quickly. Most of the time, I had my earlier characters or friends just provide me with gear which made monsters so much easier to kill. This time around, many of my friends now have busy careers, or are married and have kids. Opportunities to play together are rarer and I spend a lot more time playing solo and checking public games for the occasional boss run.

Being solo most of the time has allowed me to fully experience the journey from “normal” to “hell” difficulty. Now that I’ve made it, there are things that I might have done differently. These are some things to keep in mind as you make your journey through Diablo II: Resurrected in order to make your life just a little bit easier:

I know it will be tempting to roll all the gems you find in the Horadric Cube to get the best possible gem. What I often forgot, was that it requires various chipped gems to roll runes into higher runes. From EL rune to ORT rune, you can roll three of the same runes to get it at the next level. However, starting from THUL runes you will require a chipped gem in order to obtain the higher tier versions. For example, three THUL runes + chipped topaz will get you one AMN rune. And three AMN runes + chipped amethyst will get you one SOL rune. With chipped gems, you will be able to obtain anything up to IO runes, and after that, you will require flawed gems to get to LUM and beyond.

A great place to farm runes is the Countess in the Forgotten Tower during Act 1. Even though she is COLD and FIRE immune, she is worth killing as she is guaranteed to drop 1 ~ 3 runes. Although she will usually drop low-level runes you can collect them and use chipped gems to begin accumulating higher-level runes. With this method, I have gotten up to UM rune.

With a UM rune, you will be able to easily trade for mid-level gear such as Skin of the Vipermagi and other similarly placed items. However, the problem with chipped gems is that when you move onto Nightmare and Hell difficulty it becomes increasingly hard to find them. They usually drop as flawless quality on Hell difficulty. Therefore, I suggest that you keep chipped gems of the same quality, as you will find plenty of opportunities to make perfect gems in Hell difficulty.

I made the mistake of rolling all of my chipped gems or selling them for gold to gamble on better gear, which is redundant as low-level gear is quickly replaced as you move forward in the content.

TIP:  You can create a game to trade your perfect quality gems into chipped gems. I usually do a 3:1 ratio, meaning for a perfect gem I trade three chipped gems. Don’t worry about your inventory space being overrun by chipped gems. Once you get to Hell difficulty and start farming countess, you’ll be rid of them in no time.

Grinding from scratch reminded me that the game can be a slog at times. I leveled and geared my first character with the help of random strangers and groups that were working through Acts. However, the second character I created, I had hoped would have an easier time with the leftover gear I had kept for lower levels. Item-sets like Arctic Gear which gives the “Cannot be Frozen” modifier, which helps avoid headaches while leveling. This set is designed for Amazons that utilize Bow Skills. It only requires 4 pieces and is common during MF runs. If you find sets like this, I suggest you keep them for your next Amazon or whatever class an item-set is appropriate for.

Another great low-level set to keep is the Sigon’s set because it’s not designed for any specific class gives impactful bonuses that make your game much easier. At Normal to Nightmare difficulty every small bit helps as many items haven’t started coming with paragraphs of bonuses and attributes just yet.

Two pieces of the Siogn’s Set with a Sigon’s Gage Gauntlets will get you a 30% increase in attack speed which can be a huge boost at low levels. You will find many of these during your MF runs on Hell difficulty. I would highly recommend you keep a Sigon’s Set for future characters.

You are given one full reset of your Stat Points and Skill Points after finishing the first quest in Act 1. Killing every monster in the Den of Evil in Act 1 for the first-time will reward a chance to reset your character stats. I would recommend saving these until you’ve found gear that is specific to a skill tree of your character. For example, if I was making an Amazon and wasn’t sure if I wanted to play Javazon (Javelin Amazon) or Bowazon (Bow Amazon), I’d leave my reset in place until I found something like a Titan’s Revenge which would mean I would want to respec into a Javazon, while it might be easier to level with a Bowazon. Until you are SURE you have chosen a path for your character, only then, do I recommend you use your reset.

My sorceress started with Lightning Skills until I found some items like a Grand Charm with +1 to all Cold Skills, and a Snowclash belt before deciding to be more focused on Cold Skills. I respec’d in Nightmare and built my sorceress with end-game cold skill-focused items in mind.

Sometimes you may find a very strength heavy requirement item like a four-socket monarch to make your Runeword Spirit Shield which requires 156 strength, you may need to reset again to put some Stat Points into strength to utilize it.

I have seen people reset their stats at level 30 to respec into a skill they like such as Frozen Orb right away, but I would highly recommend you keep those respecs because otherwise down the road you will end up paying for them. Or having to grind out Essences from each boss in Hell difficulty to create Tokens of Absolution.

These are some of the things I recommend you do to make the journey from level 1 to 30 a little easier.

What are some of the things you do to make leveling easier? Share your experiences in the comments below so other players can learn as well.