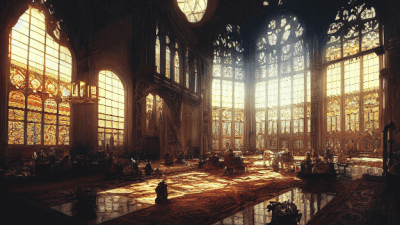 When you have explored most of the content available in Diablo Immortal, you have probably reached the hardcore end-game stage, which includes the Cycle of Strife feature. The popular ARPG game is open to elite and challenging PvP scenarios that will see various clans fighting each other for supremacy. With the Cycle of Strife, players must first join and sign up for either an Immortal Clan or a Dark Clan. Gamers should understand how each of these factions differs before deciding which side they will pledge their allegiance to.

The Cycle of Strife

The Cycle is a period wherein clans from both the Immortal and Shadow factions try to gain the upper hand to dominate each other. The objective of the Immortals is to maintain their position throughout the cycle. At the same time, the Shadows must prove the former is no longer worthy and replace them as the new protectors of Sanctuary.

The Cycle of Strife highlights the battlegrounds wherein players can engage in 80-man battles and reap various rewards. At the end of each period, each faction will choose its most elite members to fight in ten simultaneous 8v8 battleground matches. This event is called the Rite of Exile, which will decide whether Immortal clans get to retain their title or if the Shadows will replace them.

The Immortals and The Shadows (Dark Clans)

To join the Cycle of Strife, you must be recruited by one of the two competing factions. The Immortals are the chosen defenders of Sanctuary. They are made up of the most powerful champions in the realm to defend them against the Burning Hells. The Shadows are a group of dark clans whose task is to continuously test the worthiness of the Immortals and replace them if they are no longer fit for their position.

Picking one side will provide various benefits that are exclusive to their side. Ideally, it would help if you were working towards becoming an Immortal due to their multiple benefits. If they cannot join this faction immediately, they must become a Shadow and rise in power to take over the title of a defender.

Players who are not part of either faction are known as Adventurers. This neutral group cannot partake in any activities related to the Cycle of Strife. However, these people can join any side at any given time.

Why Join the Immortal?

Joining the Immortals yields the most benefits due to the various stations and utilities they have access to. Ideally, players collecting Legendary gear should aim to be a part of this faction since they are more likely to gain one than Shadow-affiliated groups. Gamers should note that only 500 people can be part of this faction at any given cycle, so members can be competitive. Here are the benefits of joining the Immortals:

Why Join the Shadows?

Some players might think it is not worth joining Dark Clans and that they should aim directly to being recruited by Immortals. Being a member of a dark clan also provides various benefits. While they are not as good as the ones provided by the Immortals, these bonuses are excellent in their way.

There is no limit to how many Shadows can exist in a given server, so adventurers can join in and benefit from all the faction has to offer. It is better to have lesser bonuses than to have no rewards at all. Here are all the benefits of being in the Shadows:

Immortals vs. Shadows: Which is Better

The obvious answer would be the Immortals. They have better rewards and bonuses compared to Dark Houses. However, due to the limited slots, not everyone can benefit from the fruits of being a defender of Sanctuary. Being a member of the Shadows still presents various advantages that can eventually lead you to become an Immortal, so it is better to join up rather than stay neutral.