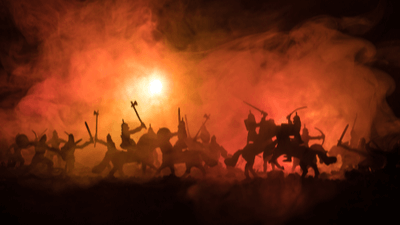 I’m sure by now many of you have seen a library’s worth of guides for the most popular Diablo II: Resurrected builds such as Cold Skill Sorceress or Blessed Hammer Paladin. You can probably gear both of these characters with similar items and still get the best out of them. Gear like HotO (Heart of the Oak), Harlequin Crest Shako, and the rest of the “mage” or “caster” ensemble are great, but because they are so versatile and popular, the value of these items are at an all-time high. However, there is an additional factor beyond just cost to consider if you’re going to build one of these characters… It gets boring and quickly.

Today I want to go over some unique builds that will utilize Runewords to enable different classes of skills for your characters. Here are some unique builds to create which are not only loads of fun, but also perfectly viable. I would only recommend this if you’re done with most conventional builds, since they are just more efficient in terms of sheer value. However, if you want to get creative, or if you’re just feeling like a meme build, this guide is for you

This build utilizes the ever-so unpopular Enchant skill. Beware, this build can be VERY pricey as it utilizes some heavy Runewords to make it effective. Let’s break down the Runewords that you require for this build.

Beast – BER TIR UM MAL LUM, right away you can tell this is a piece of expensive equipment. This is the core item of the build as it allows any class that’s wielding this weapon to use the Werebear skill, allowing any class to become a cuddly bear, or a savage and burly looking cousin maybe.

Dream – IO JAH PUL, another bank-breaking item with JAH in the mix. This is an item that will greatly increase the efficacy of this build, as it synergizes well with the Sorceress’s Lightning Mastery. The reason it works is due to the Level 15 Holy Shock Aura that comes along with the Runeword. Holy Shock Aura adds Lightning Damage to a character’s attack while dealing lightning damage to surrounding enemies, and with a full investment into Lighting Mastery, you can deal even greater lightning damage.

There is a clear path in the skill tree that you will need to invest in: anything that adds damage to your attack. Fire and Lightning elements are added to your attacks from your gear as well as the natural boost you get from Enchant.

Enchant – This is the main damage booster that Bear Sorceress’s use. It unleashes fiery bursts of damage every time your bear arm swings at monsters.

Fire Mastery – This will give a huge boost to your added fire damage from Enchant, so this is a given.

Lightning Mastery – This will have the same effect as Fire Mastery but boosts your damage from Holy Shock from your Dream Runeword.

Warmth – You don’t really need the mana recovery, but it is a synergizing skill for Enchant, giving a whopping 9% boost per point. Easily reaching up to 200% more fire damage with the synergy.

As for the rest of the build you can build around items that give a + bonus to “Fire” or “Enchant” skills. Such as Ormus’ Robes that gives +3 Skills to Enchant (this will be a lot less expensive to buy compared to Ormus’ Robes that give +3 skills to another popular skill such as Blizzard). You may also be able to find Circlet with +3 to Fire Skills. Fire element Rainbow Facets will also greatly boost the damage of each bear swing.

This build sounds like a load of crap, but when fully built and geared, and after having appropriately raising Enchant levels it’s a viable build that can kill some of the strongest bosses in places like Uber Tristram.

Yes, an Assassin character that will spin and shred Moo Moo Farm Hell Bovines with their claws. This build is not as memey as the Bear Sorceress build, but still fun.

The Runeword that makes this build possible is the Chaos Runeword with FAL OHM UM. Not as expensive as Beast or Dream, but still pricey with the OHM in the mix. This is only available in a 3 Socket Claw and no other melee weapons. Assassins are the only other class besides Barbarians who can spin it to win it. This also has the bonus ability of shooting out Frozen Orbs and Charged Bolts about 10% of the time you are striking which makes it even more aesthetic to play.

This is probably the first non-conventional build I’ll make, as it sounds like it will look just like fireworks when shredding groups of monsters. The only downside might be that claws are not as long-reaching as swords and other conventional Barbarian weapons and might not be as effective, but when you are making builds like this, it’s all about the memes, and what’s better than a spinning wheel of death shooting out lightning bolts.

There are a couple of skills in the Assassin’s tree that will greatly help boost the damage of your Whirlwind. The following skills are recommended to be maxed out for this build.

Claw Mastery – This increases Attack Rating, Damage, and Critical Strike of your attacks with Claws, so naturally, this is a must-have.

Fade – Not many people know, but there is a hidden element of 1% Physical Damage Reduction PER POINT. Resistance boost is a bonus.

Shadow Master – This skill helps with crowd control and tanking. Not to mention the shadow clone dealing her own damage to give a helping hand.

Some other gear to consider would be Trang-Oul’s Claws (Gloves) to add bonus damage to your poison which is applied by Venom.

Verdungo’s would be my go-to belt over String of Ears, just because I like feeling a bit tankier before jumping into a group of Hell Bovines.

Raven Frost is also a very great addition with a low cost and gives an extra Attack Rating boost. Raven Frost also prevents you from freezing while spinning around.