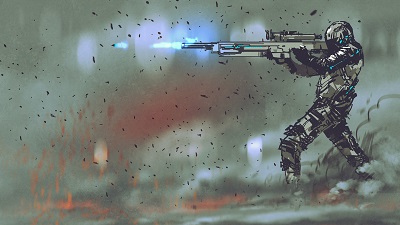 I haven’t heard the last time someone got their first Victory Royale ever. Not that it isn’t a great achievement – and it certainly feels nice – but with millions of people playing Fortnite now, harder achievements such as 30+ bomb wins and ridiculously high kill counts in Team Rumble have become more common. But the one impressive achievement that never gets old is winning a Solo v Squad or “Solo Squad” match, meaning you queue into a Squads match without Squad Fill on. You’ll be facing teams of 4, without teammates, and since the playerbase is only getting more skilled, this is a timeless achievement that will always signify a highly skilled player.

In this Essential Tips for Fortnite Solo Squads guide, we help you better understand the gameplay and techniques required to crack your first Solo Squad win.

How do I pick my battles carefully in Fortnite Solo Squads?

Do not push blindly. Over-aggressive gameplay is a real thing, even in shooters, and the harsh truth is that most people aren’t as good as the streamers they watch, who put countless hours into Fortnite and can casually get Solo Squad wins. It is important to gauge opportunities based on how good you are at the game, and initiate encounters accordingly. Push smart, and observe the environment to be sure that you’re well aware of the number of opponents you’re actually facing. The last thing you want is to be sandwiched between two different squads, because it’s pretty hard to get out of that situation. The lesser the people involved in an engagement, the better it is for you, since you’re already at a big disadvantage being a solo player.

How can I improve positioning in Solo Squads?

Plan how you approach enemies and move through the map based on your enemy’s position. Some of the controller pros have always been really good at positioning, and it helps to learn when playing in a Solo Squad in Fortnite. Every battle and every opportunity can’t be seized with resources and weapons. Try to control who sees you.  Leverage third-person POV, high ground, and line of sight to gain the advantage in every encounter. High ground will always be a huge asset to you, allowing you to get headshots in a position where they can’t even see you. In a build battle, be sure you’re well equipped to evade grenade or RPG spam and position yourself accordingly.

What can I do to take My Solo Squad out of the limelight?

You want your enemies to be worried about something that isn’t you– it can be the storm, another player, an uncomfortable area you’re trying to cross. These awkward situations can help create some real handicaps for your opponents and give you an upper hand in the fight. Every advantage counts, and you want your to avoid being their only target. They have four times the firepower and material count than you when playing solo squads, and it’ll be much harder fighting on a fair ground. Similarly, you can use situations to bait the enemy – supply drops, other teams, trapped structures, etc. In a build fight where you’re being spammed by bullets, try spamming builds and leaving behind a “maze” of structures that will allow you to hide in and single out enemies when they do approach. People spam, but they will stop once they realize you have the mats to face them, and they will never shoot every single structure you build if you spam too many walls and ramps as well.

How to Understand your Opponents playing Solo Squads

Understanding other players closer to you makes a huge difference. Watching them engage in a battle with another enemy is even better. Every team tends to have a weak link, and knowing which is which can easily help you isolate and attack. The first player you knock opens a window for you and makes the rest of their team cautious. Downed teammates are a good way to lure their teammates. Downing one also makes it likely for one of the other teammates to stay back to revive them, making it a 1v2 instead of a 1v4 fight.

Most squads are pretty good these days compared to a year ago, and more often than not you’ll encounter situations where the only way to win a 1v4 is by separating them from their teammates. When playing Fortnite Solo Squads, dividing their team into multiple 1v1s is your best strategy in such engagements, may it be by targeting one of them, or baiting one of them.

How to be faster in Solo Squads – Much, Much, Faster

Solo squads barely give you any time to react. For example, in a 1v1 battle, you get quite a lot of downtime as your opponent heals or reloads. This will almost never happen in solo squads. Being faster at performing any action will get you through this mode more than anything else. The fast edits, flick shots, and quick building will be what carries you through in this mode. Work on your APM (Actions Per Minute) and improve your building accordingly as well. Learn to triple ramp in the time you currently require to double ramp. The key is to fit in as many actions as you can in the smallest time span in order to make the most of what you have when playing Fortnite solo squads.

Endnote: Getting that Solo Squad Win

Getting a solo squad win is not easy at all. Be patient with your attempts, and remind yourself to keep trying because in some cases, it won’t be possible for you to handle every fight on your own. It definitely helps having three extra pairs of eyes, and it is natural to miss out on a lot of things when you’re alone. Analyse the gameplay of people who have already done it, and try to find videos of unsuccessful attempts as well in order to better understand common mistakes. Be aware of positioning and leverage higher APM, terrain, and better situational awareness to gauge the situation, and be careful with what battles you initiate. It is also partly dependent on what kind of lobby you get, and what kind of rotations you’re forced into. Isolating enemies and reducing the number of things you have to think of at the moment are the two most important factors in Solo Squads. Mat up, have enough ammo, keep the more efficient healing items with you (Floppers over Medkits), and pick your rotations wisely. With some practice, you will surely be able to get your first Solo Squad win, and the tips in this Essential Tips for Fortnite Solo Squad will definitely help you get there.