Lost Ark How to Leave Guild 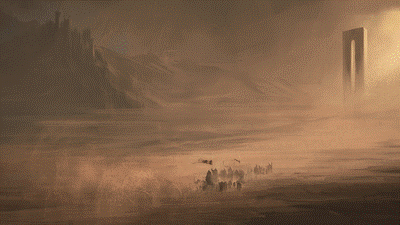 Being a guild member is common in almost any game with multiplayer functions. In Lost Ark, being a part of one of these groups allows access to many features that can be used to more efficiently progress their characters. Players that are part of active guilds will receive significant benefits. Unfortunately, there are times when players have to change their affiliations for a variety of reasons, such as playing with a friend. This Lost Ark how to leave guild guide will cover what players need to do it they want to leave their guild.

Alliances in the game have more functions than just hubs for socializing or interacting with players. Guilds offer other services that players can take advantage of to earn more gold. Of course, receiving benefits also carries several responsibilities that members carry out.

The primary function of guilds is to offer services and wares to players in their guild shop. Players can buy tons of crafting materials and other goodies from this store, such as honing materials and boss rush tickets. Guild shops help tremendously in the progression of characters. The currency used for this purpose is known as Sylmael Bloodstones.

Bloodstones can be acquired in numerous ways. This currency is awarded to players whenever they participate in guild activities, such as contributing to research progress, donating funds, and doing guild weeklies. Sylmael Bloodstones are also awarded to members weekly, depending on how much they contributed to the alliance.

When To Stay and When to Leave

Since guilds are an essential part of powering up in Lost Ark, players should make sure they are part of an active alliance. A functional guild will always have research tabs on-going whenever possible and have guild weeklies commissioned. When a group no longer finishes any weekly missions or takes too long to research an upgrade, then players should consider leaving.

Cutting ties with a guild is perfectly acceptable since officers have no right to force anyone to stay. Leaving to look for a more functional and active guild is always a logical choice since this system primarily affects character progression. Fortunately, exiting alliances is straightforward.

How to Leave a Guild in Lost Ark

There are two ways to leave a guild in Lost Ark. The easiest way is to type “/guildleave” in the chatbox. This command will notify the player to confirm whether or not they intend to leave the group.

The other option is through the guild window. Upon opening the interface, players must scroll to the right in the guild tabs and select “Manage.” In this tab, there will be a subtab that will allow players to leave the alliance. A prompt will appear asking gamers to confirm their choice. While leaving guilds is easy, there are penalties and consequences to be aware of.

Unfortunately, intentionally leaving a guild or getting kicked out carries some penalties that many players will not appreciate. The penalty system for Lost Ark is unique since the cooldown depends on how many times a character has left a guild previously.

The first time a gamer leaves a guild, the character who exited the alliance will not be able to join another group for 24 hours. However, the duration of this restriction will significantly go longer for each successive guild leave. Here is the current known penalty and their period:

The idea of increasing the duration of guild restrictions is to prevent players from hopping from one alliance to another nonchalantly. However, some players found the scaling way too unfair since many factors can influence a gamer’s decision to leave their current group. Many in the community think there should be a major revamp of this feature to make it more balanced.

While the time restriction can be very intimidating, players should not be scared to leave their guild, especially if it is no longer functional or active. Waiting for a few days to rejoin a guild is a small price to exit an alliance that no longer helps gamers progress in the game. However, adventurers should be more careful and discerning the next time they decide on which group to hop into.

Guilds are an essential aspect of the game, and many players will benefit from being a member of one. However, adventurers should not be afraid to jump ship when they can no longer benefit from their current affiliation. Make sure to join a guild that can help players progress with their characters and gain more gold.