Why Does Everyone Play DPS in MMOs? 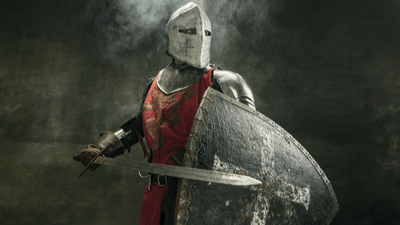 WoW players have been complaining of long queues. Lost Ark players have to wait for support characters to join them. This is common across all MMOs and servers, so it’s not just one game or culture. What makes DPS roles so attractive? Why won’t players play tanks or healers more? Is there anything we can do about this problem? Let’s explore the reasons and try to find a solution.

Why are DPS Classes so Popular?

This is the role that gets all the action. DPSs are the ones doing the observable and obvious thing. They have rankings that make it easy for them to compare with others. DPS classes can solo content, which is harder to do with the other positions, especially if you don’t enjoy spending triple the amount of time killing the same amount of mobs.

In terms of mechanics, all DPSs just need a rotation of skills, and they’re golden. That’s much easier than watching for everybody’s health or managing aggro. It also puts less responsibility on the player, as they don’t have to keep the group alive.

Besides, it’s easier to gear a DPS class because it’s mostly about upping your damage output. Healers and Tanks have more things to look for and manage, so they can’t just wear any new equipment they get. Okay, fine, DPSs have to match their equipment to their style. Still, because of the popularity of the position, it’s easier to find someone selling what they need.

Overall, the role offers much fun and less responsibility at the party. Players can let loose without worrying about too much, as long as they can defeat the enemy.

The Problems with Tank, Support, and Healers

Oh, DPSs aren’t denying their usefulness. Tanks keep enemies from hitting them, healers have their HP handled, and support gives them buffs and boosts or keeps targets debuffed. A party wouldn’t function without at least one tank and healer.

Unfortunately, playing those classes is a whole different beast. For tanks, they have to keep track of positioning, their own, their teammates’, and the enemies’. Then, they also have to manage aggro, keeping the target off the healers’ and damage-dealers’ backs. They’re the lynchpin of the party, and things would fall apart when they get knocked out.

Healers have to keep track of their allies’ health, administering healing where there is a need for them. They have to manage their cooldowns, timing it so there’s a heal ready for emergencies or when things go wrong. They have to know when to use AoE heals, healing-over-time, or single target healing, all the while keeping mana at a manageable level.

Supports are a grab bag of mechanics. Sometimes they have to keep track of buffs. Other times they have to CC enemies. They don’t deal damage outright but make it easier for those in that role. This position isn’t often found on its own. Usually, their role is mixed with either the healers or tanks. There are games with this role separate from them, but those are harder to find.

A Different Perspective and Mindset

Now, many players find tanking and healing boring. Plus, the responsibility is heaped onto those two roles in the party. If the tank or healer fails, it’s easy to wipe. When the DPS fails, everything just gets slower. That, or the healer can revive the DPS to continue.

Other than that, it’s harder to level up without a party. Tanks can deal damage, but it’s not as much as a dedicated DPS, so everything takes time to kill. Healers even more so since they’re healers, not killers. They can have damage-dealing options, but, like tanks, it’ll take time to defeat an enemy.

At any rate, it takes a different mindset to enjoy these two positions. While I don’t know how to tank, I like healing and would take that role if I played with friends. Unfortunately, it’s hard to find a common time to play with them, so I end up playing DPS more often than not.

That could be another reason. We know, intellectually, that not all players are trolls. Still, it’s easier to not talk to anybody than risk running into a toxic player. Tanks and healers must suck it up and find a group to level up with. When the group is friendly, everything’s great. Otherwise, it can be a negative experience that can turn you off from using the class.

Finding the solution means the root cause should be seen. A significant part is a player mindset, so there’s no easy solution to this problem. A case can be made for game design. Increasing the versatility or the damage output of tanks and healers. Of course, that will mess up the game’s balance, which makes it problematic.

Not many people want the responsibility. It’s added stress, and people play games to have fun. Being under pressure isn’t an enjoyable experience. Still, some players don’t like the violence, which lets them enjoy the healing classes. However, they are few and far between.

Something you can do is coach newbie healers and tanks. They’re new, so it should be expected that they would sometimes make mistakes and fail. Some players would berate newbies, and then they’d be discouraged to play, especially if it happens multiple times. They’re already an endangered species, so take care of them.

It would be an excellent idea for the team to share the blame, or at least not to put everything on the tank (who ends up the leader of the group). Runs are a team effort, and it’s unfair for the tank to shoulder the whole burden.

Unfortunately, this isn’t something that can be solved all so easily. The only thing I could recommend other than the above is to let people play the role they want. We can’t force anybody to play these roles if they don’t want to.

That also means the tank shortage will continue until something pushes it over the edge. It’s a concern for now, but it could be trouble later. For now, the balance is maintained, even if heavily tipped to one side.