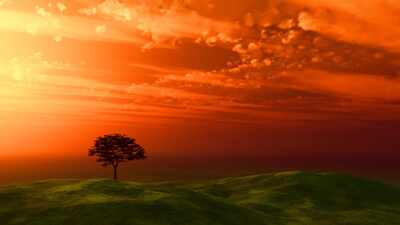 Final Fantasy Braves Exvius has spawned a lot of units throughout its history. Most of these characters are based on other Final Fantasy titles, while others are from crossovers or are FFBE originals. The highly successful FF game has tons of content available with as many events happening in the game. With so many things to do in this fun and story-rich gacha title, players must assemble their teams that would be appropriate for specific challenges. This FFBE tier list will help gamers form the group of their dreams.

Aside from forming the strongest team, using a tier list will help players formulate their own team compositions that would work for specific content. FFBE has many features, dungeons, and battles that gamers can engage in, and not every unit will fare well in these challenges. The best way to optimize your damage and your chances of winning is to make a group for each instance with a high probability of success. Here are all the features that people will most likely encounter in FFBE:

A tier list can help gamers create a team that can compete well in almost every challenge or excels greatly in specific content.

Units in this tier are excellent all-around and require little investment to make them extremely powerful. They are very flexible and can be used in most features, so their effectiveness depends on the users. For these units, you only have to worry about team synergy.

While they may not be at the top of the tier list, these units are no less extremely viable. They require minor to no investments to compete with the S tier, but they may lack in certain aspects compared to the top-ranked characters. However, when they are placed in a team that synergizes well with their kit, they become very dependable and sometimes worth more than S Tiers.

These units are on the above-average side but are still usable when equipped with the right items. They require more investments and need to synergize well with their team. However, several B tiers can perform better than S and A tiers in other content, such as Arenas and Coliseums.

These units are considered average and will perform well to a certain degree. They are decent placeholders until you can find better units to replace them with. However, these characters can also do exceptionally well in some aspects of the game better than some higher-ranked ones. Their niche role is something that makes them worthwhile investing in.

These units are considered below average in the top characters of the game. They are good units to have since they are not really weak. They only placed last because there are significantly more units that can perform better than what these ones can offer. It will require significant investments to power up these units to compete with the higher tiers.

Players might notice that many units are not included in this list. This is primarily because that FFBE has a long list of available characters, some of which have stats and abilities that are not worth comparing to the ones listed here. If a specific summon is not seen in this ranking, then it means that they are most likely either very weak or easily replaceable.

It’s All About Synergy

Though having S or A tiers will get you far, team synergy will matter the most in the end. Filling up the roles of tank, DPS, healer, and support can ensure a solid and effective team. Take time to learn the position of your units and see their skills. Create the most optimal compositions with the help of this tier list.