The Fall of EA Games 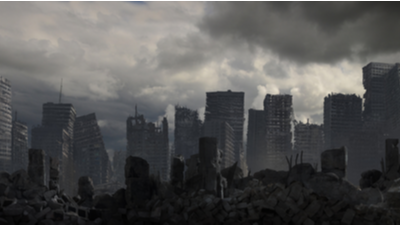 I have fond memories of EA Games, starting with The Sims. My siblings would play Red Alert while I watched. Then they moved on to Need for Speed, SimCity, Spore, and more. We used to play Medal of Honor together on LAN as well. While I have these fond memories and, like many on EA Games’ list of software, there’s no denying that they’re an entirely different company now, despite their storied history in the gaming industry.

Trip Hawkins started Electronic Arts in the 1980s. He founded it with the mindset that programmers and game developers were artists, and EA was the agency handling those artists. Much like how music and entertainment agencies operate, the company strove to provide a creative environment filled with tools of the trade.

It worked! The ‘artists’ are satisfied, and their revenue goes through the roof. The future of EA was bright.

To corner the console market, Trip stepped down as chairman to develop hardware. He couldn’t head both companies simultaneously, so this was a necessary step. However, Sony started developing the PlayStation around this time, and EA chose to throw their lot in with them. That move backstabbed Trip Hawkins and locked him out of his legacy. 3DO, the second company he founded, also eventually flopped, and Trip returned to developing games.

Since his resignation as head, things have never been the same in EA. The subsequent leadership changed their focus from a developer-oriented one into a business-minded one. They no longer take care of their developers. All they want now is profits, profits, and more profits.

Over the last two decades, they started buying up game developer studios and then let them rot. Studios such as Maxis, Pandemic, Bullfrog, Westwood Studios, and more have been assimilated and then shut down.

Bioware has avoided this treatment, but they’re no longer the shining beacon they once were. Mass Effect 3 disappointed fans, Andromeda angered them even more, and Anthem was a perfect example of broken promises. While it isn’t the studio’s fault, EA’s business decisions ruined their reputation.

Profit as the Bottom Line

An example of that kind of action is the addition of microtransactions. It started with Dead Space 3, where the game offered all types of components to players who were willing to hand over their cash. This move did not sit well with players in a game where crafting is essential to your survival.

After that came the loot boxes. While many other games also use the feature, those only offer cosmetics and have no real influence on gameplay. EA’s loot boxes, however, gave the paying players an edge, making the game pay(even more)-to-win.

Their business practices started to exploit and wring players out of their every last penny. They’ll release the game for $60, then offer an ‘enhanced experience’ DLC for $20. They’re basically selling an incomplete product to artificially inflate the price of the experience.

Then they released Star Wars Battlefront II. It was the epitome of all the bad business practices. The majority of the franchise’s most-loved characters are locked behind a paywall. It’s alright that you can unlock them yourself. However, the prices are so exorbitant it’ll take a year or two to unlock all of them. Well, that’s an exaggeration, but it’ll feel like it.

If you’d go the route of spending cash on getting them, you’ll have to buy loot boxes that can give you the character outright. Although, as with the case of all loot boxes, that’s dependent on RNG. That’s on top of the $60 price tag on the game.

The backlash from the game’s release exploded. Nobody wants to take that long to play as their favorite character in multiplayer. Players aren’t buying the pay-to-win system they’re pushing on the game, too.

A far cry from their origins, game developers under EA are overworked and underpaid. It was so bad that the company got the award for the worst company to work under two years straight. In their laser focus on earning profits, they neglect the people who work for them.

Take Mass Effect Andromeda. Bioware is one of their best game development teams (even diminished as they are). Everybody had high hopes for Andromeda. However, the executives pushed for an exact deadline with no delays, making them scramble to ‘finish’ the game. The result was a hot mess that became a fountain of memes and struck a blow to the franchise.

Not to worry, they also had Anthem. It was supposed to be a big multiplayer RPG with epic fights and a wide-open world to explore. The trailer even showed the player character flying to destinations. Since it was developed by Bioware, it then follows that it will be filled with quirky, lovable characters.

Nope. The game was in development for several years, but most of that time was squandered trying to figure out what should be in the game. By the time the game was announced at E3 2017, they only had two and a half years to make the game.

To make matters worse, they had to make the game using the Frostbite Engine. While it is a powerful engine, it’s challenging to use, and they struggled to program all the features they wanted for the game. Combined with the intense time crunch, they had to cut off many mechanics, NPCs, areas, quests, and other content to make the deadline.

Of course, it was a flop. To be more precise, it’s an okay game, but it doesn’t have the Bioware magic we expect from them. The reason it’s so disappointing is the broken promises. Its trailer promised so many things, and the result was mediocre. More than anything, that is why it didn’t sell well.

Its ratings could be higher if we didn’t know anything about the game beforehand. The high expectations made us expect a great thing, leading to increased disappointment when it didn’t reach them.

Take note that we can’t blame the developers. The executive’s decisions to prioritize profits make these games problematic. They forget that the developers are people too and push them to work more hours a week than recommended to squeeze out more money from players.

Sure, they’ve released some good games even in their profit-focused state. Fallen Order is one that managed to satisfy players, and Apex Legends continues to enjoy a consistent player base. It Takes Two is another surprise, winning Game of the Year for the year it was released. It’s a short EA Games list of good recent games, but there’s a tiny hope that this trend can continue.

Still, the damage has been done, and nobody’s expecting too much of EA Games nowadays. Gone were the days when players get excited at “Challenge Everything” and dread it more. It’ll take some time before the gaming community will get excited at anything they’ll produce.

Good thing there are indie games to fill in the gaps AAA companies left behind.