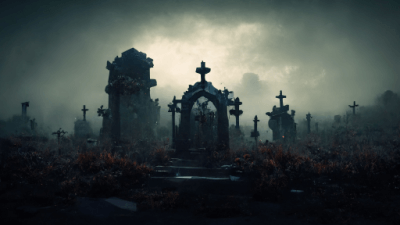 A thick, dense fog now covers Wraeclast, and monsters have become more vicious and powerful in Path of Exile. The Delirium Everywhere event has finally begun, so Exiles will also get better loot during their runs. However, players should take this occasion seriously, as the fog has significantly empowered mobs and unique monsters alike. Due to compounding buffs, the Delirium might make some Acts and Maps extremely hard to clear.

What is the Delirium Everywhere Event?

The event is one of the scheduled occurrences in the PoE calendar. During this period, the Delirium fog is automatically applied in almost every zone in the game, except for particular instances. The Mirror of Delirium will not appear during this time since the mist is already in place, so players should be ready to take on any challenges that might arise.

In the Delirium Everywhere event, the fog can range from 10% to 100% of the area. Meanwhile, the levels of the mobs that spawn during the encounter will scale depending on the area’s zone level. The mechanic is still the same, wherein existing monsters will get buffed, and new mobs will continue spawning. The reward bar is also unchanged, along with the Simulacrum splinters loot.

What are the Rewards for the Event?

Aside from all the available loot, players can get several sets of rewards for every milestone they complete. These prizes are awarded by reaching certain levels in the game, so it is a good time for players to level up some of their alts. Here are all the rewards for the Delirium Everywhere event:

Players should note that most of these rewards are not guaranteed. Upon reaching the stated milestones, gamers will be given raffle tickets. At the end of the event, a draw will be held to decide which Exiles get to obtain these rewards. To increase your chances of getting prizes, it is highly recommended to run multiple alts so you gain various entries. One character can receive numerous tips for the same tier.

For the rewards that require players to be at the top of the rankings, they must monitor the leaderboard. Keeping track of your progression will ensure your lead over the rest. Here is the scoreboard for each mode:

How Does Delirium Work in PoE?

This challenge is a zone-wide effect that will summon a mist that can cover a large area. This encounter is usually triggered by entering the Mirror of Delirium, but events like Delirium Everywhere automatically apply the fog in almost every map and act zone. Typically, it has a 5% chance of spawning from Act 5 onwards, but the occurrence rate differs during events.

During the encounter, existing mobs gain buffs, and new monsters spawn in the zone. The Delirium modifier makes foes stronger and provides them with recent attacks. Every monster inside the fog gains this passive, but those outside are unaffected. The deeper you are within the mist, the stronger the enemies are.

Since mobs have modifiers, they tend to drop more valuable and rarer loot. The main mechanic that players should monitor is the reward bar on the game’s left side. Each kill will cause the meter to go up, increasing the quality and quantity of loot you acquired at the end of the encounter. The bar can be filled multiple times, so players should aim to reach at least level 5 rewards.

There are tons of effects that mobs can receive during the Delirium phase. Each has various products, so knowing all the potential buffs can help players build their resistance. Here are all the possible modifiers during Delirium:

During the event, there are many things that players can acquire aside from the rewards. Loot make the encounter very profitable, so it is ideal for gamers to grind as much as they can in map areas. Here are all the potential drops during this encounter:

Climb the Ranks and Get all the Rewards

The Delirium Everywhere event will only last for ten days, so players only have a limited time to do everything. While the rewards are not 100% guaranteed, they are still cool enough to invest your time on. On top of that, the constant Delirium will provide better drops, which can be very profitable. Try and reach every possible milestone to optimize your chances of winning.