How to Play With your Friends in Pokemon SV 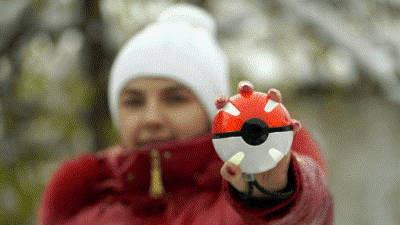 One of the main features that The Pokemon Company showcased before the release of Pokemon Scarlet and Violet was that you could play the game with your pals. Fast forward to its release, Scarlet and Violet’s online multiplayer component is confusing and weird. At first, it may seem like you’re just traveling to another player’s version of the Paldea region, but apparently, that’s not truly the case. Multiplayer has always been a part of Pokemon since its inception. You could trade and battle with friends or go competitive to go up the ranked ladder. But with Scarlet and Violet, you’re not just getting those usual capabilities—you’re getting more. The ninth generation is the first to boast a truly synchronized multiplayer experience. But first, let’s talk about how you can enable the feature.

You won’t gain access to the multiplayer features in the very beginning. You’ll have to first progress through the story and unlock the Pokemon Center. Depending on how quickly you’re sifting through the dialogue, this should take less than an hour. Once you’ve unlocked the Pokemon Center, you can access the game’s multiplayer capabilities through a new option on your screen called the Poke Portal. The Poke Portal is where all the online features, like receiving Mystery Gifts, are located. If you want to trade, play with your friends, or do Tera Raid Battles, this is the place to be. Getting to the Poke Portal is easy, too; you just have to press the X button to open up the menu and select it.

Players in Pokemon Scarlet and Violet can join one another to play the entire game in a co-op experience by sharing the overworld. This takes the form of the Union Circle. When you use the Union Circle feature, it may seem like one player is the host while the other players are merely “visiting” their world, but that’s not true—you still remain in “your world.” The only difference is that you can now see your friends on screen. You can also see their actions in the top left and right corners, indicating whether they’re progressing through the story or catching Pokemon.

Other Things You Can Do

Besides exploring the Paldea region and catching Pokemon, there are other activities you and your friends can partake in while playing Pokemon Scarlet and Violet. You can do raids together by interacting with your raid crystals. If you interact with a friend’s raid crystal, the game will send an automated message saying it’s not yours, but it’ll at least give you Tera Orb charges and League Points (LP). You can send invites for others to join your raid by selecting the “challenge as a group” option; however, note that your friends must not be in a middle of a cutscene or a battle to be able to accept the invitation. Raid battles are a great way to get all sorts of unique Pokemon with different Tera types from their original type, but you’ll also get materials and XP shards.

Besides that, you can do mass outbreaks together. Mass outbreaks are a great way to raise your chances of finding a Shiny Pokemon. SImpy put, they’re an instance where you’ll see oodles and oodles of the same Pokemon for a limited time. If you see icons of Pokemon when you pull up your map, that means there’s a mass outbreak of that Pokemon in a specified area. You’ll also find question marks on the map with glowing icons at times—these simply mean that there’s a mass outbreak of a Pokemon that’s not registered on your Pokedex yet. The game will only show the host’s outbreaks when you’re out and about with your friends.

Is it Possible to Catch Version-Exclusive Pokemon In the Union Circle?

The type of Pokemon that’ll spawn in the in-game world will be based on the games you and your friends have. That means if you’re in a location where Violet-exclusive Pokemon would spawn and if you have a friend playing Pokemon Violet, all of you would have a chance to catch the version-exclusive Pokemon. This allows players—regardless of whether they have Scarlet or Violet—to play together without worrying about needing to trade exclusives.

Have A Worry-Free Experience

Some other neat features are available while playing online with friends in Pokemon Scarlet and Violet. Besides catching version-exclusive Pokemon that aren’t available in your game, you can also pick up items and materials without “stealing” them from the host or your other friends. But let’s be honest; the best feature that Pokemon Scarlet and Violet has is arguably its photo mode. With it, you can take cute selfies with each other and add all sorts of filters and angles to spice your photo op.

Overall, as long as you have an active subscription to Nintendo’s online services for the Switch, you’ll have a fun and worry-free experience while playing the latest Pokemon game with your friends.