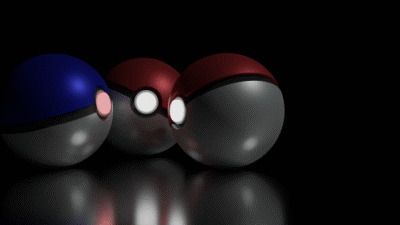 After a much-anticipated release, players finally experience Paldea in all its glory. However, what they got was a graphically buggy mess with the following:

While loyal trainers can brush off most of these problems, it’s still something you should be worried about. The next game will likely have the same issues if players don’t complain. Pokemon Legends Arceus had some graphical glitches too, but mostly they were frame drops in distant Pokemon and objects. Otherwise, the game plays better than Scarlet and Violet. This guide goes over all the (possible) ways to fix Pokemon SV performance issues.

Players have discovered that most of the graphical problems result from memory leaks. There’s a problem with the RAM needing to remember to dump the least relevant data in its banks, so it builds up. When it exceeds capacity, it leads to various graphical glitches at best and crashes the game at worst.

While it is a problem with the hardware, not the software, you can clear out the RAM manually by exiting the game and rebooting it. This must be done every few hours to ensure the smooth execution of the game. You’ll also sense it when it starts smooth but gets rougher over time.

Note that this won’t solve the random crashing problem or the memory leak itself. It’s a bandaid fix you must repeatedly apply until the developers patch it.

You can also lower the resolution of the game by playing it undocked. Often, the increase in resolution keeps the Switch from keeping up with the load the software demands. At the very least, it should make rebooting less frequent than when playing it on a TV.

Differences That May Have Caused It

Sword and Shield had Wild Areas, while the rest of the locations had fixed cameras. That means there were fewer open places in the game than in Scarlet and Violet. Essentially, the whole of Paldea was a Wild Area, while there were locations where the camera was more fixed in Swo/Shi.

In contrast, Arceus is closer to the vast open world of SV. However, the areas are sectioned off with loading screens, which could signal the device to load up new information and dump the old. This way, the Switch loads the map in chunks instead of loading one large region.

That’s most likely why the console struggles with Scarlet and Violet. There are too many assets to load in a wide-open seamless world. The RAM gets overstuffed, contributing to many bugs and crashes plaguing the game. That and the shortened development time for the game resulted in this chaos.

Why Does Legend of Zelda Breath of the Wild Work?

While the Pokemon games have always exclusively been released on Nintendo consoles, it bears noticing that Game Freak is a third-party developer. They make the game, The Pokemon Company publishes it, and then Nintendo distributes it. On the other hand, the Legend of Zelda is a direct product of Nintendo for the Switch.

The latter having a better grasp of the console’s limitations is a no-brainer. They’ve worked closely with the console developers, and they were able to produce a product of high quality. Game Freak had to convert assets to a different 3D model they used from the 3DS era, and this is where the problems started.

Trainers were disheartened that many Pokemon were unavailable in Sword and Shield, something they called the Dexit. Game Freak has decided that no game will ever be able to hold all the existing creatures there are again. No other reason was given, but some speculations alleged that the developers had trouble with the art conversion.

Also, GF must have had difficulty with parts of the coding for Scarlet and Violet. It is a known fact that they almost didn’t release Pokemon Gold and Silver due to the game’s size being more extensive than what a cartridge could hold. Satoru Iwata saved it, fixing the code to fit and leaving enough space to include the whole Kanto region.

They could’ve had trouble with coding and converting assets and might have needed more time to explore and know the engine. All that and a rushed development time contributed to the chaotic (and silly) buggy mess that is Scarlet and Violet.

Reviews have mentioned that outside of these glitches, the game gives a refreshing break in the franchise’s formula. You no longer have a set order to defeat gyms, and you can follow any path and switch between them. Of course, as you progress, your Pokemon will get stronger, and that’s an issue if you’re not regularly doing the gym battles. They might start disobeying you, so it is still necessary to beat them along the way.

Still, it is no longer your only focus. Aside from the path to the Victory Road and the Elite Four beyond it, trainers can also challenge Team Star and Titan Pokemon. No matter how you go about your Paldean adventure, it will surely bring hours of fun.

You also have to admit that the glitches, while frustrating, can become hilarious. Imagine scores of Jigglypuff suddenly launching into the air or having Koraidon get stuck in its diving pose. It could take the sting off of annoyance, though they shouldn’t be there in the first place.

Have fun (as much as possible) playing Pokemon Scarlet and Violet!