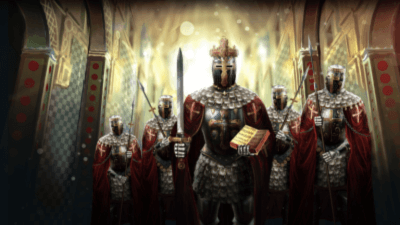 The Forbidden Sanctum provides a challenge that most players have never experienced in PoE before. The rogue-like mechanics of the instance can be quite confusing, especially with the various resource pools. While so many things are going on and countless things to memorize, players need to learn specific essential points to optimize their runs. This guide will show you the best tips to remember when you run the Sanctum Challenge.

The number of new features in the Sanctum is vast, especially considering the number of Boons and Afflictions. Fortunately, players should only remember how the mechanics work to figure out everything for themselves. Here is a quick explanation of how each core feature functions in the Forbidden Sanctum:

Dodging is Better than Tanking

In their Sanctum run, players should remember that their defense does not mean anything in this challenge. While it is true that you receive less Resolve damage the closer you are to the source of damage, being near enemies and traps gives you less time to dodge or react to telegraphs. Being able to avoid attacks is more beneficial.

Range is Better than Melee

This tip might be debatable, but playing Range is better because you can dodge more. Spell-casters, ballista users, summoners, and trappers can hide behind walls and maneuver correctly. They can deal significant damage from afar and can see telegraphs easily. While both melee and ranged players can scale appropriately in terms of DPS, using the latter will help you preserve Resolve more.

Players might get frustrated about dying very early. It is normal to end your challenges quickly since your damage hasn’t scaled yet, especially if you are not running a League start build. It would help if you focused on getting the early rewards at this stage because you aren’t getting far into the Sanctum yet.

Focus on Progression than Completion

Some players might be tempted to finish their Sanctums to the very end. However, it would be more beneficial for you to focus on progressing your runs in terms of Relics and knowledge. Memorizing the room layout and collecting Relics can help you in the long run. The main priority is to loot artifacts to make your runs more efficient.

It would be best to have enough DPS to clear rooms quickly. The more you linger in a specific instance, the more you are prone to making mistakes. These errors will eventually cause you to receive more Resolve damage, so you should DPS effectively to clear the rooms.

Rush to Finish Act 3 and Act 7

It would help if you focused on completing the Sanctum-related quests in Acts 2 and 7. You can unlock the use of Relics and the Relic Altar at the former. Accursed Pacts are now accessible when you finish the latter.

The good thing about the Sanctum is that the layout for each room is constant. You can quickly memorize how each area is designed. Remembering how each place is structured can help you pick your pathing in the Sanctum map. You can avoid layouts you do not like, which can help you preserve your Resolve and Inspiration.

Check the Objectives of the Room

Most of the time, you must kill the Guards of the room before you can exit. However, some areas require you to access the door without killing any mobs. While you don’t get drops or coins by skipping the fight, you can at least preserve your Resolve or Inspiration. Make sure that you pick up any chests before you exit the room.

Getting greedy in the Sanctum can spell your doom in the Sanctum if you make mistakes. There are options wherein you can trade your Resolve or Inspiration for some rewards, such as Aureus coins. Taking these options can be fruitful if you play perfectly. Most of the time, you were making these choices can end your runs quickly. Focusing on picking options that will provide recovery might be more beneficial.

If you are looking to farm the Sanctum challenge, focus on zones that can be cleared quickly and efficiently so that you can hop to the next instance. Since you can only do one room per instance, the idea is to run as many areas as possible so that you can enter the Sanctum more frequently. Act 10 zones and small normal maps are the best ones you can go for.

You might be tempted to progress to the end even if you have the worst Boons and Afflictions. It would be much more efficient to do a reset since it is less likely for you to get far. Focus on acquiring the early Sanctum rewards, but don’t force yourself to exert too much effort in runs with bad bonuses.

Crowd Control and Slows Do Wonders

It is advisable to pick up abilities that can slow down your opponents. Skills like Skitterbots and Chill can help create more room for you to move. At the same time, slowing mobs down can prevent them from reaching you quickly to deal Resolve damage.

When given the option to get Resolve or Inspiration, choosing the latter might be more efficient. There is no cap for your Sanctum Energy Shield so you can get infinite amounts for this meter. You can preserve your Resolve further to reach higher levels by calling more.

Mobs and Traps Scale with Your Movement Speed

Having a high MS is suitable for dodging, but having too much might make it harder for your runs. However, it is still being determined if it is a bug or an actual design, your enemies scale with your movement speed. The higher MS is, the faster the mobs will move and attack. Traps will also release much more quicker depending on your movement stats. It might be a good idea to forego using Quicksilver Flask when doing your Sanctum runs. Remember to take things slow when needed.

Remember to Optimize Your Maps

Some players must remember that their Sanctum rooms are also affected by any Map mods currently in effect. For example, any augments that influence your current area will be carried over when you enter the Sanctum portal in that instance. This means rewards and monster mods will also take effect, so it is recommendable to juice your maps to get the most out of the prizes.

In the early stages, focus on acquiring Relics to gain considerable advantages in future runs. When you get promising Boons and Relics, you should prioritize progression over rewards options. Reaching the end of the Sanctum is much more profitable than picking choices that would give you prizes in your current room or floor. Memorizing the layout and names of each room can help you be more effective. The primary strategy is to clear fast and safely to reach the end.