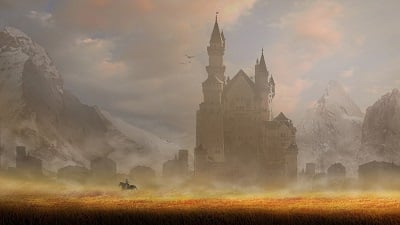 Playing Path of Exile without a functional filter is pretty much impossible these days. There’s simply too much clutter and, without it, you can barely see the ground in some maps! Here, we’ll cover everything you need to know about the PoE Loot Filter.

What is a PoE Loot Filter?

A Loot Filter is exactly what it sounds like. It will filter out everything that it deems unnecessary, so that items you wouldn’t have picked up simply don’t appear at all. You can tinker with the loot filters yourself to make sure it doesn’t hide items you want to see. You can also always press the “show all” button to see things the filter hid (the button is on ‘alt’ by default).

As someone who has played well over 7000 hours of PoE, I can confidently say that having a good loot filter can single-handedly make you move far faster than ever. When I was racing, I made sure to manually touch up my loot filter every night, because the time spent on that was given back to me in spades by not having to think about what items to pick up. If it got through the filter, pick it up! Filters are a godsend, and everyone should use them; not just hardcore players, I mean everyone!

How do I install PoE Loot Filters?

PoE Loot Filters might be the easiest thing to install. Long ago, the PoE developers acknowledged the problem and added the ability for players to use their own filters, simply through a text file. All you have to do is take a correctly formatted text file and put it into your Path of Exile folder, and the game will read it and filter items appropriately. The hard part about this is creating the file itself. It may only be a text file, but it is an extremely complicated and heavily-formatted text file, which you shouldn’t mess with if you don’t know what you’re doing. Here is where pre-loaded PoE Loot Filters come in.

NeverSink is a huge Path of Exile player who became famous for making and updating a set of filters. He does one for every level, from complete noobs to seasoned veterans, saved in seven text files. He makes a new set before every single league, and then updates them frequently throughout the league (although you will need to re-download them each time he updates them if you want the newest version – they are just text files after all).

Because his filters were so popular, NeverSink’s filters were added as the official filters for the console versions of Path of Exile. If you’re on console and reading this, the filters in your options list were created by NeverSink! If you are looking for his latest release, simply Google ‘NeverSink’, or go to his GitHub to see his most recent additions. Once you’ve downloaded his folder of text files, simply drag them into your Path of Exile main file (alongside the folders for Screenshots, Minimap, etc.). You can then go into your Options in the game, find UI, and at the very bottom, you’ll have the option to use his filters now!

So, I mentioned earlier that you can customize your own filters, but then said that they were extremely hard to customize. FilterBlade is a site that allows you to easily select the rarity that you want for each item, or group of items, and then produces a properly formatted text file for you at the end. It uses NeverSink’s filters as a baseline, so you can simply select the level of filter from among his seven, and customize it as you see fit. I myself have done this many times. It is especially useful if you are playing in SSF and need a specific type of consumable, or a base that you want to throw your Chance Orbs at. Once you are finished customizing, simply download the file and move it to your Path of Exile folder, just like any other PoE Loot Filter.

What should I customize in my PoE Loot Filter?

If you’re playing Solo Self-Found, you will likely want to customize your filter far more than others would. For example, Orbs of Augmentation very quickly fall off the filters, because they have very little value – you can often buy 30 of them for a single Chaos Orb. However, if you’re playing SSF, that isn’t an option and you’d probably rather pick them up than try and trade in other currencies at vendors. The same goes for all tiers of consumable items – I know I definitely had to add Portal Scrolls back to a few filters!

Chancing bases is another huge draw to filters. If you really want a Kaom’s Heart but you’re in SSF and don’t want to farm one, the best way to go about it is to keep picking up every Glorious Plate you find, and throwing Chance Orbs at them. You run into the exact same problem as the consumables. However, Glorious Plates fall off the filters very early. But if you customize, you can easily add them back in. Hell, there’s even a section for Chancing Bases in FilterBlade, to make them easy to add!

The last and most elite typical use for FilterBlade is to cut out every single rare item, and many Divination Cards. This is something that I often do if I’m power farming tier 16 maps for hours on end. Once you get into a fast groove, you actually lose more time picking up these items than they are worth. Simply hiding them and running faster is more efficient money-wise, and certainly better for your experience per hour. But this is a rather niche case.

Having an item filter does serve another purpose, which is to ensure that you actually see all of the expensive items that drop. They do this by adding sounds and icons to the valuable items that drop, making it less likely to miss them. The most important items will drop with quite a large sound, making them extremely hard to miss. Exalted Orbs and things of similar value will drop with a name larger than other items, a large white background, and a huge bing.

The most valuable item you can hope to find, however, is a Mirror of Kalandra. It is usually worth over a hundred Exalted Orbs and is incredibly rare. If you’re lucky enough to find one, there is an actual voice line that Path of Exile has added, where the Shaper says “The Mirror of Kalandra, ultimate, immeasurable, indescribable”.

If you hear that, then it’s time to freak out because you’re rich!