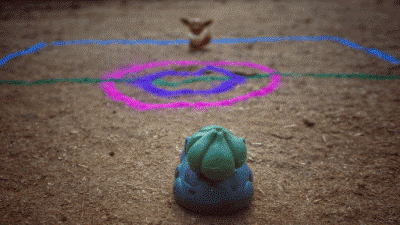 Battles are the bread and butter of any Pokemon trainer. The frequent center of the storylines of any mainline game is the Gym Battles leading up to the Pokemon League. Although Pokemon (Ultra) Sun and (Ultra) Moon subvert this, the Island and Grand Trials echoed the sentiment. Pokemon Contests are another subversion. However, the games they feature in (Gen 3 [O]R/[A]S/E and Gen 4 [B]D/[S]P/Pt) still have the League as the main plot. This Pokemon SV Battle Guide will help players optimize their battle-plans.

Furthermore, in the post-game, there usually is a battle facility (Battle Tower, Battle Frontier, Battle Chateau, etc.) to conquer. The games focus on battles, so you should take note of the following tips. It is possible to pick up on strategies and mechanics while playing, but some information can be more obscure.

Battles are turn-based, with each combatant acting out given commands. Fights end when the opposing Pokemon gets knocked out. In the case of Trainer battles, it ends when all your or the rival’s companions have fainted. You can lose wild encounters if the opponent beats your party. However, this occurrence is rare unless you are trying to catch the Pokemon (or it’s a Legendary).

During your turn, you have four options: Fight, Items, Pokemon, and Run. Fight pulls up the moves your Pokemon knows, and you pick one to use for the turn. Items let you heal and recover, but this prevents your combatant from moving. Pokemon pulls up your party menu, where you can switch the active battler. Lastly, Run ends the battle in a wild encounter, but you can’t use it in a Trainer battle.

The basic gist is:

There are 18 Pokemon types. Getting all their resistances and weaknesses right can be difficult, but it pays off. Attacking with a move the opponent is weak to can make fights over in a flash. Also, some types are immune to others, which could make a battle unwinnable if you’re unaware. Here is a table of weaknesses, resistances, and immunities. As a general rule, anything unmentioned will have unmodified damage.

*With specific moves and abilities, Fighting and Normal-type attacks can hit Ghost types.

If a Pokemon has two types:

By remembering the above, just memorizing the table will be enough to figure out what a Pokemon is weak to. Of course, this requires you to know its type, which can be inferred from their looks or attacks. To be sure, check your PokeDex often. This is excellent information so you can figure out your team’s type coverage without going through battles to realize it.

2. Hold Items are Crucial (and Sometimes a Kind of Cheating)

Pokemon can hold items in battle since Gen 2 (Gold, Silver, Crystal). Although they can’t use manufactured items such as Potions, they can eat Berries or wear accessories that help in combat. The latter could be items that boost attacks of a specific type but are not consumable.

Others have different effects, such as the Quick Claw, which increases the chances of the one holding it going first. The Choice Scarf boosts Speed but limits the Pokemon to use only one move. Hold items have unique effects, which can make or break your strategies.

The cheating part comes in when RNG makes you or the opponent lucky enough to keep on triggering effects. What can you do if the enemy’s King’s Rock activates three times in a row? The element of luck is still in play, so you should still have contingencies.

3. Know the Difference Between Physical Attacks and Special Attacks

Pokemon moves have three general categories (aside from typing) Physical, Special, or Status. If you go to your companion’s attacks menu, you’ll see indications of this through a small icon. Physical attacks have a starburst, while Special ones are concentric circles like ripples in a pool. Status moves have what looks like a yin-yang symbol.

These categories indicate whether the move’s damage is calculated by the Pokemon’s Attack (Physical) or Special Attack (Special). If your companion has a higher Attack, it’s better to teach them Physical moves. Otherwise, using Special ones would be better.

4. Use Statuses and Status Moves

Some moves have a secondary effect of inflicting statuses onto the target. These can be beneficial or not, depending on the Pokemon’s ability. Here are the main ones to watch out for:

The above statues can only be healed with an item or specific attacks. Switching them out will not clear it unless your companion has an ability that lets them recover.

Here are more minor ones that can be cleared by switching the affected Pokemon out or waiting a few turns.

Some other abilities power up your Pokemon when inflicted with these (Guts). Others can give immunity to these statuses (Water Veil, Own Tempo, Oblivious). Some types also give immunity. Fire-types cannot be burned, usually. Steel is immune to Poison, and Electric-types cannot be paralyzed. There are exceptions, though, such as a poisoning attack that isn’t Poison (i.e., Twinneedle) might inflict the status on a Steel Pokemon.

Inflict them through moves (Poison Powder, Thunder Wave, Supersonic, etc.). Abilities can also cause them (Poison Point, Cute Charm, Static). While competitive battling usually prefers more offensive moves, proper timing and application of these statuses can turn a battle around.

These give a temporary (it goes away after the battle or when you switch out unless using Baton Pass) boost to a Pokemon’s stats. The fan favorites are Swords Dance (raises Atk by 2 stages) or Dragon Dance (increases Atk, Sp. Atk, and Spd; only learned by Dragons). Its effects are straightforward; more Attack or Special Attack means your next move is even more potent.

On the more defensive side, more Defense or Special Defense means your Pokemon is harder to defeat. You can also use moves to lower the enemy’s stats. Just be careful of Magic Bounce and some actions, as they will reflect the effects of stat-lowering (or status-inflicting) on you.

Setting these up can spell the difference between dying in one hit or surviving to turn things around.

Moves that change the weather have varied effects. The attack Weather Ball changes types depending on it.

Weather can shift your strategies, though you can override them with your effects. Pokemon with the ability Cloud Nine will keep it clear. Otherwise, you can roll with it and use it to your advantage. Some held items extend the number of turns weather will last (default 5). Depending on the area and situation, the climate can become permanent. There are other effects, such as:

However, these are not likely to appear in Scarlet and Violet, except Fog.

They are varied, as mentioned in the above tips. They can:

Keep them in mind because you never know what ability your opponent has. You want to send something other than a Fire Pokemon against one with Flash Fire. Any Steel type won’t be effective against a Salandit, either. Besides the Fire typing, they have Corrosion, which lets the latter use Poison attacks on the former.

Unless you have a good memory, you don’t have to memorize every Pokemon’s abilities. Generally, you should know the ones that would be the most troublesome for you and the creatures that could have them. The rest are situational, so they won’t come up until conditions are met.

8. Take Advantage of STAB (Whenever Possible)

This is a bonus wherein an attack has boosted damage when the move matches (one of) the Pokemon’s type (ex., both are Fairy). This should be taken advantage of as much as possible, though it is prudent to have a counter for common weaknesses.

For example, most Water-types can learn Ice moves, which covers their weakness to Grass. Despite the Ice attack being weaker than the Water ones, it’s a valid defensive strategy. Terrastalizing might help with this, but remember that you can’t revert your Pokemon and can only do it once per battle before needing to charge. Keep it in mind when you need more oomph for an attack.

While battles, at their core, are commanding your Pokemon to defeat the other, many factors affect its outcome. These tips are for casual trainers, as the competitive side would have to mind more advanced mechanics such as IVs, EVs, and Natures.

The latter would also have to anticipate priority moves and be aware of the usual strategies. There’s also the format of Double battles, which, with four Pokemon out at once, have slightly different mechanics from Single matches.

Hopefully, this helps you win the right to enter the Hall of Fame!