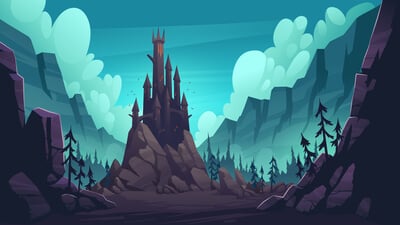 If you are looking for ways for you to overcome the Runescape Kerapac boss, then this guide will help you through each phase of the fight. There are four phases in total for you to face, and you’ll find the boss in the Elder God Wars Dungeon if you haven’t already. He is a mid to high level boss, with combat stats of 93 and level 80 defence. It can be a tough fight if you don’t go in prepared with a heads up on the attacks he throws at you.

In this guide, we will be looking at the following:

In the first phase of the battle, Kerapac will use the special attack, Shatter. Use either Freedom or Anticipation to avoid this, and avoid the projectiles that are coming your way. They can be avoided easily enough, so try flanking the boss to avoid getting unnecessary damage done to you. This way, the boss won’t turn towards you if you are to his side or behind him.

If he tries his jump slam, then you can dodge this too. By having a tier 3 pontifex shadow ring, you will be able to avoid being stunned by these attacks. During his first two slams, Kerapac will be rooted in place and attack you with 1,500 melee damage if you’re in the vicinity. This lasts for around 45 seconds if you are taking a tanking a approach. This can be tricky due to the melee nature of it. After the third slam, he will no long be rooted.

Timing plays a massive factor here, using Surge, Bladed Dive or Escape. Keep an eye on when Kerapac’s wing points towards the ceiling which indicates the cooldown being reset. If the lightning walls do come at you in this phase, then use Bladed Dive or Surge to avoid again.

The same mechanics are in this phase, though the Echo of Kerapac will come into the battle, as well as another wall of lightning too. You can now use Warp Time in this phase as well, in which you can rewind time when the timer is up. This lasts 10 seconds, after which you can reset your life points, prayer points and adrenaline, or whatever was there prior to the Warp Time being used.

If you press the new button action before the end of the 10 seconds, you will be teleported back to the spot where you used it, and nothing will be restored. With that in mind, be sure that you don’t click on it twice.

When the lightning comes towards you, remember to use Bladed Dive or Surge. It might look like you can just walk through it, but you will take damage if you try to do so.

The mechanics remain the same again, and you can expect more lightning too. Again, time it so that you can use Bladed Dive or Surge as it comes towards you. It can be tempting to try and get through the gaps, but you will be hurt.

The Bladed Dive is vital in this phase, since you have to deal with three different walls of lightning. It is possible for you to dodge all three at the same time, but it will depend on how they are formed at that moment. Your best bet is to try and dodge the first two walls, and save your last ability for the final wall. If you don’t feel like you are confident enough to use this tactic, then firstly head ot the middle of the arena. From here, use Warp Time followed by Barricade which will block the damage. You will also get the adrenaline from Barricade, or even use both Reflect and Debilitate to go through the wall. Hitting Kerapac with Debilitate will also reduce the amount of damage that the wall does.

In this final phase, Kerapac becomes enraged. He will heal with 25,000 life points, beginning the phase at 75,000 life points. With the Staff of Armadyl, the boss will begin to harness power. The buff icon known as Kerapac’s Fury will appear at a stack of 25, with each stack dealing 1% extra damage. For each auto-attack that he uses, he gains 10 stacks, each of which also reduce your protection from these attacks by 0.25%.

That being said, it is vital that you put a stop to this as fast as you can. If you let them stack for too long, then the attack will become too damaging for you to deal with. It goes all the way up to 200 stacks, which will triple his damage overall. You will also see the use of protection prayers being reduced by half in terms of effectiveness.

Once you have finally defeated Kerapac, you will get three drops. This occurs for every kill that you get. If you did the boss solo, then you will receive all three of the drops. If you are in a duo however, the last drop that is leftover will be granted to which one of you did the most damage to Kerapac. Meanwhile, if you are in a trio, then each player will receive their own individual drop from the three that are given out.

The drops are separated into different colours. This is the same as the Solak fight in case you are familiar with it. For main drops, you will find that they are green. Meanwhile you have effigies, clue scrolls and pages which are blue. If you get a rare drop, then this will be orange. If you want to get the Naughty Dragonkin achievement, which gives you the Timeweaver title, then you will need to get your hands on all of the unique drops that you receive from defeating this boss.

This should be the information that you need to beat the Runescape Kerapac boss. It can be a difficult task without the right preparation. With the strategies above, you should be able to overcome the boss in no time.