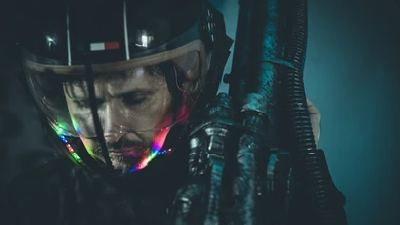 Valorant has been making waves in the first-person competitive shooter scene since its release in 2020. Riot Games constantly puts out updates introducing new Agents and Maps while also re-structuring the game (including its rank system) according to demands. Therefore, the rank distribution in the game, along with many other features, has evolved. Let’s take a quick look at the current rank distribution as well as explain any confusing features.

Act 2 of the 5th Episode of Valorant has just ended, resetting the competitive ranks of the players. With each reset, we can see rank distribution across different regions to understand at what skill the significant chunk of players lies. Keep reading to know where you stand among millions of players in Valorant.

Rank Distribution In Valorant – How it Works

Valorant is one of the hottest competitive games in the market, with close to 22.5 million monthly players, all segregated into different ranks. This rank distribution changes slightly with each update as the game ages and players improve their individual and team skills. However, rank distribution across various regions is almost always the same for each Act.

Ranks in Valorant are fairly straightforward, with a transparent ranking system that anyone can grasp. You get assigned a rank based on your skill level, and each victory or loss results in the net gain or loss of your rank rating. To rank up, you need a rank rating of 100 and vice versa for ranking down.

Some other aspects of the ranking system in Valorant are not revealed to the player. Most notably, their hidden matchmaking rating (MMR) determines the type of player you would go against. However, those are just unimportant details.

Furthermore, there is no limit to the number of players in a certain rank tier with the exception of Radiant – only the top 500 players from each region are crowned with that rank.

The ranks in Valorant are divided into nine groups, each being fairly distinct from the other. They start from the lowest rank of Iron and reach up to Radiant (the highest rank). Having ranks spread across such a large number of groups helps differentiate players based on their skill levels. More importantly, this system ensures that the skill gap in rank games is fairly balanced.

The following list showcases the rank distribution of players across all nine ranks for Episode 5: Act 2 of Valorant:

The list mentioned above does not depict the full picture. With the exception of Radiant, each rank in the game is divided into three tiers, with one being the lowest and three being the highest. This maintains the skill balance in competitive games at a micro level, further differentiating players in their ranks.

The detailed rank distribution list of Episode 5: Act 2 of Valorant broken down into each separate tier is given below:

Plus, the rank distribution of Valorant in a color-coded chart is depicted below for visual understanding of player count in each rank:

The chart above paints a clear picture of the rank distribution of Valorant. On the low end, Iron 1 and 2 are the outliers, whereas merely 1% of the total players are Immortal and beyond.

Furthermore, we can see the major chunk of players lie somewhere between Silver and Gold. This is what some would describe as the “elo jail”.

If you are a mechanically skilled player with good aim, you can reach gold rank rather easily. However, to rank up further, other aspects like game sense and teamwork need to be taken into account. That’s why we see a rapid decline in the player percentage from Platinum onwards. Another possible reason is a significant number of high-ranked players having alternate smurf accounts in the silver/gold lobbies.

We hope we have given you a good idea of how players are distributed across various ranks in Valorant. Moreover, now you can understand how you fare against millions of players in Valorant. Visit us to check out the updated rank distribution at the end of each act to see how the distribution chart varies as the game matures.