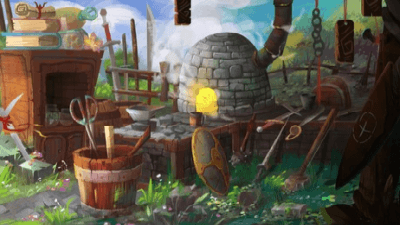 The World of Warcraft community was glad to hear about various improvements to the profession systems in Dragonflight. The latest expansion introduced various features like specializations and new crafting orders. While devs and players thought these improvements would improve how professions are used in the game, one system is barely used since release.

Public Crafting Orders are Empty Most of the Time

Crafting Orders were expected to make professions much more active by providing crafters with a system wherein they could interact with potential customers. This feature was created to enable a more organized, controlled, and accessible for players to get or provide items for other people. Unfortunately, the Crafting Orders system is not functioning as expected.

As many players noticed, some Crafting Orders tabs are barely used and blank most of the time. While Guild requests are something many gamers utilize, this is different for public commissions. Artisans only have a few potential customers in this system because requests barely come up or are quickly finished. Instead of using this hub, most players resort to just looking for crafters via world chat, which many tradeskillers use. As a result, the Crafting Orders need to be more effective.

The main reason the request hub is barely being used is not because of a glitch or a bug but because it is missing one feature. Crafting Orders work by placing a request for a specific item to be made in exchange for gold. You can set what Inscriptions it can have and how much you are willing to pay. While this may sound good on paper, players tend to use something other than the Crafting Orders because you can’t set the quality.

The main flaw of this crafting hub is the need for more agency in setting the quality of the items you want to be crafted. This means that crafters can provide you with gear at the lowest grade, even when they are offered a considerable amount of gold. The tier of an item is critical because it dictates how high the stat points it has. Mythic-grade equipment is significantly better than an Epic tier one.

Aside from being unable to set a minimum quality for the requests, customers are also placed with the burden of providing the crafting materials. This fact further expounds the problem of needing help to dictate the item grade you want. If you were to give the ingredients, you would like the best results for all your trouble.

Since players cannot control the caliber of their requests, they tend to refrain from using the Crafting Orders. Gamers resort to communicating with crafters manually by using the general, server, or world chats. Likewise, artisans would prefer to advertise their services on different channels rather than wait for a request to pop up in the Crafting Orders.

The best way to encourage players to use the hub is to allow them to set a minimum and maximum quality level for their requests. Customers tend to use chat more, mainly because they can choose the crafters they place a bid with. With constant communication, they can ensure that the artisan that people interact with has a high chance of providing high-grade items and quality services.

Enabling gamers to set a minimum quality to complete public Crafting Orders will ensure that customers can get their materials and money’s worth. This requirement will also filter out artisans who cannot guarantee a high-quality item. While it would alienate some crafters from participating in transactions, setting a minimum quality will ensure that customers genuinely benefit from the system.

Another potential fix is allowing crafters to advertise themselves in the Crafting Orders. This can work like job bulletin boards in other games. By allowing artisans to post advertisements, players can browse the system to look for someone to place a commission instead of skimming through chat spam.

Other Issues with Crafting Orders

The request hub is a well-intentioned feature that developers thought would empower crafters or increase their contributions to the general community. However, the Crafting Orders have raised some issues that may affect the dynamics of professions in general. Here are some other problems we found with this feature:

Crafting Forces You to Raid More

The Crafting Orders was introduced to allow players to have an alternative way of gearing up, which is ironic since being a craftsman will force you to grind dungeons. If you want to be a high-value artisan, you need to have recipes for some of the game’s rarest and most powerful items. Unfortunately, most of these blueprints can only be acquired through raiding. What is worse is that they have a meager chance of dropping. You have reached a high item level by the time you have received recipes.

Aside from being a new system, one particular effect of the Crafting Orders needing to be more utilized is that some players need to be gatekept from leveling their professions. Finishing requests is the most optimal way to level up from 50 to 100. Unfortunately, the lack of activity in public orders means less crafting you can do to progress.

The Crafting Orders allow equal opportunity for artisans to participate in transactions and prevent only the top crafters from monopolizing customers. Since players barely use the feature and rely more on personal transactions, only the top crafters get to progress to a higher level. If you just started in any profession, then you might have to pick up the scraps of whatever is left by the crafting moguls.

Though the Crafting Order system was well-intentioned, it needs more crucial elements to fully live up to its expectations. Average craftsmen are the most affected by the lack of activity since they cannot earn money or even professional exp. Until some reworks are made, the feature will continuously be underutilized.