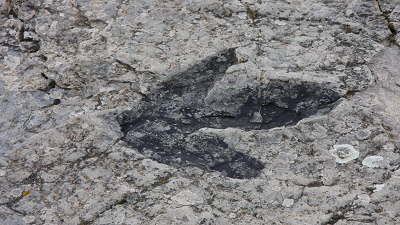 The game may have dropped on August 29, but developer Wildcard has a treat coming later this year: Ark Survival Evolved DLC the Aberration, which represents the title’s second major expansion following the paid DLC Scorched Earth.

As you may be aware, Scorched Earth was released last year, a good several months before Ark: Survival Evolved was ready for showtime. While the game’s premise takes place in a prehistoric setting, with a few fantasy twists to set it apart from the rest of the dinosaur-centric pack, Aberration lives up to its name as an expansion, as it doubles down on the fantasy, providing what Kotaku described as “Avatar-style sci-fi.”

Wildcard goes on to add that gamers will have to watch out for the “Nameless:” “element-infused humanoids” who have transformed into monstrous creatures who hate light, and want nothing more but to get you. Additionally, owners of Ark season passes will be eligible to receive in-game cosmetic item skins the moment they install the DLC.

Some Creatures to Expect

If you’re playing a straight-up dinosaur-based game, such as the various titles based on the Jurassic Park franchise, then you can simply expect dinosaurs, dinosaurs, and more dinosaurs. With Ark: Survival Evolved’s Aberration DLC goes way out of the box with the environment and the creatures, the game’s flora and fauna that Wildcard suggests won’t be your run-of-the-mill prehistoric animals and settings. Again paraphrasing Kotaku, this is something that’s more “James Cameron than Jurassic Park,” and that means all sorts of fantasy creatures that you can’t find in any book or website on prehistoric life.

Aberration’s teases so far have focused mostly on the Rock Drake, which is a gliding lizard with the ability to camouflage itself. The Cave Crustacean, on the other hand, is Ark’s take on a prehistoric crustacean, albeit much larger and fearsome. The Nameless Queen, according to Wildcard, is capable of “impregnating your foes with a horrifying reproductive chest-burster.” Then there’s the Lantern Pug, which sounds like a dog that could double as a lantern.

Another key feature of the Ark Survival Evolved Aberration DLC is the addition of several new Engram items, more than 50 of them to be exact, which you can craft and customize. There’s a strong military theme when it comes to these items, primarily the hazmat outfits. You’ve also got utility items, such as glowsticks, batteries and lanterns, along with rail-guns and other weapons. As mentioned above, you’ll also get wing suits and zip lines as part of the deal. Also, you’ll likely be seeing more of Element, the rare resource that powers most of these high-end and convoluted contraptions.

When to Expect Aberration and How Much

Clearly, this is one piece of downloadable content that could be a literal game-changer, as it takes Ark away from its roots and turns it into something completely different in flavor. Now, when will Wildcard release it, and how much will you be paying for it? According to the studio, the Ark Survival Evolved DLC will be available in October for Xbox One, PlayStation 4, and PC, and comes free as part of the Ark Season Pass, or standalone for $19.99. Those who have the Season Pass will also get the Scorched Earth expansion, as well as a third expansion that may further up the ante on the sci-fi and keep transforming Ark into a true fantasy-based title far removed from its origins.