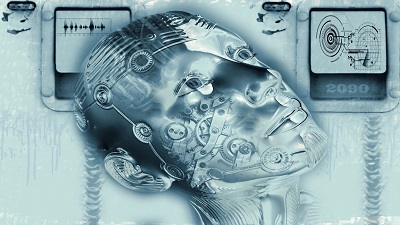 The skins are just for several days in a year, and the purpose is to give players a different experience while enjoying real-life cultural happenings. They contribute to the coming back of lots of players who are mainly interested in looting the skins offered by the special occasion, after all, is a one-time-of-a-year opportunity!

The happenings fit a unique festivity like Winter Wonderland fits Christmas. Below you’ll find more info about the skins and the event where you can expect to find them.

Year of the Rooster Skins

This event is not going to be repeatable at least in 11 years, it refers to the Chinese New Year and this year was the Rooster’s Year! The skins feature a nice Asiatic touch with predomination of the color red, of course.  The skins launched with the Year of the Rooster are:

There have been two summer games since Overwatch was released. The premise of this event is to emphasize in the current sports’ panorama. The first one was about the Olympics and the skins act many times as uniforms like Taegeukgi D.Va, wearing a South Korea uniform or Lúcio wearing a Brasilian one (Seleção and Striker). Zarya joins majestically resembling the Spanish weightlifter Lidia Valentin (Champion and Weightlifter). Other skins include the following:

The Halloween event was celebrated two years as for today and it brought different skins, sometimes downgrading the previous ones to a rare quality. You can take Ana, she has the Ghoul skin, but this year she got the Corsair skin, featuring a nice pirate outfit!

Halloween’s skins have a “costume-like” feeling as if the heroes are going trick or treating. Bastion Tombstone features a darker view of this friendly hero with a Crow as a companion. The remaining skins include these:

It’s not a surprise that this event is about winter and Christmas, a joyful festivity full of gifts and snow. Our dear heroes seem to be a little bit away from their duties to become cheerful characters (not all of them, though, Shiver Reaper looks scarier than anything else).

From the silly looks of the Nutcracker Zenyatta to a fearful Yeti Winston we get to see many costumes:

In my humble opinion, this is one of the best events Overwatch could ever offer to us.

From May 23rd to June 12th, players had the opportunity to gain 11 special skins to commemorate the first anniversary of Overwatch:

In the Blizzcon 2017, Overwatch announced that they will be releasing more skins with the new map Blizzard World. The skins include concepts based on Blizzard games like:

The skins will be available without being attached to any seasonal event; this means they can be unlocked during all year by adding them to the loot box.

Stay alert and get all the loot boxes!