Madden NFL 18: Things and Dates to Look Forward to 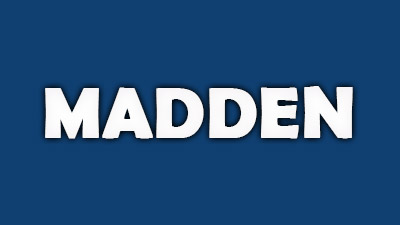 Good news, NFL fans! Madden NFL 18 brings new features, better graphics, and more gameplay modes. The game has improved passing abilities and the weekly challenges of MUT. There’s a story mode (similar to the Journey in FIFA 17) and play styles for online matches. Also, the game has made the switch to using the Frostbite engine (the one utilized FIFA 17 and Battlefield 1). Check out the official trailer for Madden NFL 18:

5 New Things About the Game

More info about the game is accessible during E3, which takes place from June 13-15. It could provide players with a better overview of the game and perhaps the chance to try it out. Here are some important dates to jot down on your calendar:

Two months is around the corner. Waiting can be hard, but when you’re a true Madden fan, it’s worth the wait. Pre-order the game, subscribe to EA Access or go to EA Play to get it earlier. Besides, other games are going to announce at E3, which could distract you while you wait, and before you know it, Madden 18 releases to the masses. Then you can high five your buddies because August is also when the NFL preseason starts.