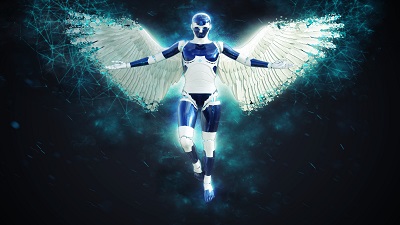 For this part, we go deep into the world of the often misunderstood Defense Heroes! Support DPS are heroes that specialize in controlling space, crowd control, and other forms of debilitation. Unlike Offense heroes, Defense heroes tend to lack sustained damage and/or mobility, but they make up for it with their burst potential and their utility. These heroes are the sorts of characters that most players hate because of how unconventional they are to fight against. Without further ado, here’s our Overwatch Beginners Guide!

He/she/it is as “The Bane” of all noobs and possibly the literal physical manifestation of the word “Bastion.” In fact, to be Bastion, one must transcend a skill level that goes beyond mindlessly clicking on your screen until something dies. Bastion is the noob filter, the destroyer of the unskilled, and the master of shoot-at-it-until-it-dies. His gameplay is straightforward: see an enemy? Turn into a turret and shoot it. Is it dead? No. Well, keep shooting!

For all the memes about bad Hanzos, he certainly gets a bad rap sheet as a hero. Hanzo is far from a bad hero. In fact, he can be deadly in the right hands and even game-changing. Similar to his brother Genji, Hanzo is a mobile character that can scale walls and prefers to assassinate opponents via subterfuge and stealth. The only real differences they have are Hanzo’s slower pacing (since Genji has his dashes) and Hanzo prefers his bow and arrow over a melee engagement.

Trashmouse! The explosive Aussie is a popular choice amongst TF2 and Quake veterans because of his amazing grenade launcher. Immune to all his explosions, Junkrat revels in his explosive personality while splashing damage to everything around him. Quite a complicated character to use but, once you get the hang of him, he can prove to be an indispensable pick for defense and offense.

Known as the Devil herself or the female incarnation of the Lich King, Mei is the frozen terror that roams the battlefield, annoying friend and foe. Mei is a force to be reckoned with due to her superior skills in crowd and space control. What makes things even more impressive is the fact that she’s relatively easy to use.

The rivet gun-wielding Swede is one of Overwatch’s more interesting heroes. Similar to Bastion, he specializes in key defensive positioning to control space as much as possible with his patented turret. While most of the work is done by the turret, he isn’t exactly a pushover when it comes to fighting either. He’s a solid character all-around with his only weakness being a rather chunky dwarf that’s easily headshotted by most of the roster’s weaponry.

Finally, we’ve made it to the last Defense hero, the sexy Widowmaker. As a sniper, she supports her team and can pin down opponents at a location for fear of getting headshotted or dying due to a Widow player’s skilled flick shots. Deceptively mobile, Widowmaker can change the tide of battle with just one bullet for that decisive first pick.

All right, that’s it for the defense heroes! Watch out next time for the Support Heroes and the newer heroes that have been added to the game after Overwatch originally came out. Until then, continue playing, and keep that esports dream alive!

Making it Happen: A Beginner’s Guide to Overwatch