An Introduction to ESO Combat Pets 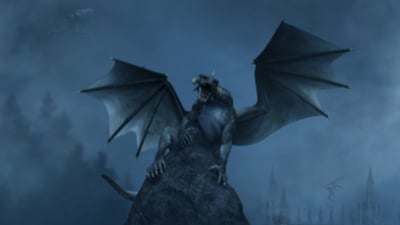 ESO pets play a big part in the game for many players, for a variety of different reasons. Whilst there are a wealth of different companions for you to choose from, only some can be used by certain classes for a combat setting. This is a limited choice, but you can make them work for you rather well when they are being used properly.

In this article we will be discussing the following:

With that in mind, let’s first take a look at what combat pet classes are in Elder Scrolls Online that you can choose from.

For more guides, check out our ESO page!

There are a number of variations to how pet classes work in ESO. If you are wanting a combat pet, then you will have just a couple of classes to choose from if you want a permanent pet. These classes mainly revolve around Sorcerer and Warden.

The Sorcerer serves as one of the six playable classes in the game. It can summon class-exclusive combat pets and are capable of dealing hefty damage to opponents who dare stand in their way, and have a high focus on lightning based attacks. They can also use wards to shield themselves from damage if needed too.

This is a good class choice if you are a player that prefers to attack from range. This is due to the nature of the class’ attacks and defence tactics, which will often have you a few metres away from your enemies. If you are a new player, then this is a great place to start too, despite it being one of the more difficult classes to actually learn. By fully learning how to control the Sorcerer class, you will find that it can be more beneficial than any other class for you to start with.

Meanwhile, the Warden class is another class from ESO, that was introduced in the Morrowind expansion. This introduction gave players a similar experience to that offered by the Sorcerer, in that you can summon combat pets. It also works in a similar way to the Dragonknight, though it swaps out flame abilities for ice.

What ESO Pets Do They Use?

The first thing to remember here is that only the Sorcerer and Warden have permanent pets, whilst others can only use temporary measures. The Sorcerer has choices which include the Familiar, the Winged Twilight, the Storm Atronach and the Clannfear that can be summoned to help you.

There are many advantages for summoning these creatures in the game, as they are awarded combat experience for when you deal damage with them, as it would with the player in normal circumstances. The Winged Twilight can be effective thanks to the Shock Damage that it can deal out, as well as the fact it will remain until it is killed or if its unsummoned. You can also command the powers of Obilivion with the Clannfear, which deals physical damage to your enemies, and will also remain until its forced otherwise, as is the case with the summons in this category.  As does the Winged Twilight, the Storm Atronach also deals hefty shock damage, whilst stunning nearby enemies as well. If an ally activates the Charged Lighting synergy, then it will give the Atronach Major Berserk to increase its damage by 25% for a short period.

As for the Warden, you will have the chance to use a Bear as a combat pet in the game. This is often confused with the many mounts that are available in ESO, which are in fact available to everyone. You may have seen many players walking around with a Bear, which is in fact a combat pet for those who choose the Warden class. The Bear is an Ultimate as part of the animal companion skill line for the Warden class, and is capable of having a devastating effect when it is used in the right manner.

Are There Any Alternatives?

In ESO, you will find that there are in fact a lot of pets that can be obtained. Whilst they might not offer permanent pets to every class, you can still summon up temporary companions if needed. Another class, the Necromancer, is often referred to as another class that is capable of having pets, but it isn’t really the case. They have temporary combat pets that are created with class skills, but aren’t generally considered to be a class that predominantly offer pets. You have abilities and sets that can offer temporary combat pets too, such as Maw of the Infernal, Mad Tinkerer and Defiler. But Necromancers overall focus on summons which act as mages or archers, which many wouldn’t consider to be pets.

A common opinion on pets is also that Sorcerers are your best option to use for combat. The reason being is that not only do they have the most obvious and wealth of choices, but they are also considered to be more effective. What’s more, they act more like permanent pets than other options out there to you where summons are concerned, and they are capable of hefty damage. As for the bear, many would argue that it isn’t as satisfying to use as what the Sorcerer has to offer, and it also takes up your ultimate slots in the process.

Ultimately, ESO pets are a feature that is afforded to players who wish to use them. Where combat is concerned, there are limited choices for you to use, but whether or not you are a starting player or not, the Sorcerer class is a good place to start for these traits. The fact that the summons are permanent until killed or otherwise gives off the impression of a permanent companion for your character who is also capable of helping you in combat. Whichever path you decide to choose, make sure that you are choosing a method of play that is going to benefit you the most. Sure, there are many pet and mount options in ESO, but not many choices when it comes to combat pets.