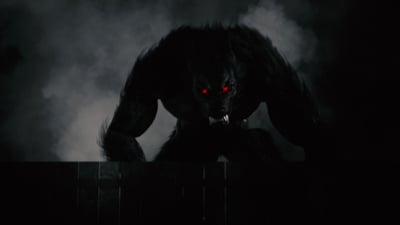 If you have been looking for a way that you can become a powerful Werewolf in ESO, then there are a few things you should know first. Therefore, the following ESO Werewolf guide will give you an idea of the basics as well as advanced tips that will see you becoming a devastating Werewolf in the popular RPG.

In this guide, we will be looking at the following:

It kind of goes with out saying that the Werewolf is most certainly a powerful entity in ESO. That being said, they aren’t the most popular to play as. The reason being is that they often find themselves as the target of other players due to their intimidating strength. With that being said, you could end up with a target on your back, but with the right knowledge you can deal with that kind of pressure.

There are a few tips about the Werewolf that you should know about. For example, whilst you are in Werewolf form, you will see an increase in your max stamina, sprinting speed, stamina recovery and physical and spell resistance. You will also increase your damage from poison attacks and fighter guild skills.

You can also use synergy abilities, use siege weapons and resurrect fellow players whilst you are transformed. Meanwhile, when you are in human form, you can get 15% stamina recovery, with the ultimate needing to be on the active bar.

The Ultimate for the Werewolf sees the transformation into the creature, with two morphs available known as Pack Leader and Werewolf Berserker. Both have different traits, with one being more support focused and the latter being more aggressive.

As Pack Leader, you turn into the beast which will add fear to three nearby enemies for a period of 4 seconds. Your max stamina and stamina recovery are increased, with 10% less damage being taken. You can also grant Minor Courage to you and your group, which increases the weapon and spell damage. You can also summon two Direwolves with this skill. As the Werewolf Berserker, you can also apply a bleed to your light attacks which can cause 6000 physical damage for a period of 4 seconds. What’s more, the heavy attacks that you perform will cause 50% splash damage too.

Positives and Negatives of an ESO Werewolf

You will have seen already that transforming into a Werewolf adds a lot of new perks for you to enjoy in the game. This makes them a perfect tanking character with the physical damage that they are capable of, and their resistance to spells as well. Their increased speed and stamina recovery also gives them a massive advantage. If you are savvy, you could also apply buffs and weapon enchantments that will carry over into Werewolf form from human form.

The problem is as mentioned earlier that the Werewolf presents a massive target in battle. The sheer size of the Werewolf is something that really tends to make them stand out and have enemies draw focus on you. The additional damage you take from poison attacks doesn’t help matters either. If you do choose to play as the Werewolf, then you will need to make sure that you take into account the amount of stamina that the abilities take up.

Best Race to Use

This can be quite a tough choice for you to make, since there are a fair few options for you to choose from. One of the best choices you can make is the Orc, since they have a great balance between strength and defence in both PvE and PvP. Their 2000 max stamina and 256 weapon damage will scale up surpassing modifiers and an additional health boost of 1000.

Another good option is the Redguard. Their ability to have cost reduction passives and Adrenaline Rush passives means they are very capable of sustaining themselves. If you want to have a set up where your abilities are focused on weapons, then this can be handy with this race because of the cost reduction benefits.

Being a Wood Elf can be effective with the racial passives that they have surrounding stealth. They have 2000 max stamina and 258 stamina recovery that can be enhanced using modifiers. What does come in very handy is their ability to spot enemies with the increased detection radius that they have. They can also increase their movement speed and add to their penetration following a dodge roll.

The Khajiit also has effective racial passives that it can use. These are good if you are using stamina and magicka builds, both of which get additional buffs to critical damage. This can really help you out to inflict critical hits on enemies, whilst the Khajiit also have the added advantage of being hard to detect when you compare them to other races, courtesy of their detection radius reduction by 3m being a key factor.

The class that you choose for the Werewolf shouldn’t take up too much of your time. After all, the entire set of classes that are available can work well with the Werewolf. That being said, it does depend on what approach you want to take in the game. For example, Sorcerers are great for PvP because their Ultimate cost is low, and offer increased physical damage. Their Hurricane and Critical Surge abilities can carry over to the Werewolf as long as you have pre-buffed the abilities beforehand.

PvE wise, Sorcerers are very effective, but Templars can be just as effective thanks to their offensive traits. Wardens are a pretty good choice for you to make as well, since they can help you reach your Ultimate in human form faster.

This short ESO Werewolf guide should give you a bit of an insight into what you can expect from playing as the creature. You should have an idea of the class and race you are best choosing from, as well as having information that will help you make the decision of whether or not the Werewolf is in fact for you.