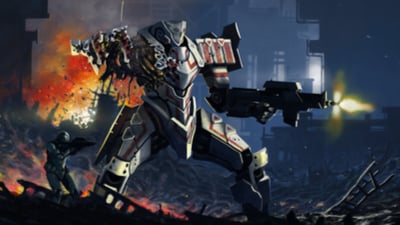 Lavos is the newest and the forty-fifth unique Warframe, excluding the Primes. He is quite similar to Saryn in his serpentine theme and even follows a similar damage-spread mechanism, but still manages to be very different. Lavos has a unique playstyle of all the crowd-control Warframes, and features an alchemist/sorcerer theme. He can cast abilities with various elements, and even mix them up to use effects such as Radiation. To help you get to grips with this alchemist, here’s a Warframe Lavos build guide.

In this Lavos build guide, I’ll be taking you through how you can obtain the Warframe, how his abilities work, how mods affect his abilities, the best build for Lavos, and the best way to use him in missions.

How to Get Components and Blueprints for Lavos Build

Of course, we always have the Platinum route as well. For those who haven’t played Heart of Deimos or prefer not to engage in the open world, you can grind Void Relics and sell parts to acquire Platinum. You can then directly get Lavos from the Market for 325 Platinum, with an Orokin Reactor installed.

Cooldowns galore! Lavos is the first Warframe to have cooldowns on his abilities. Traditionally, Warframes have always relied on Energy to cast abilities, and there was never a limit on how many abilities you could cast. You can even spam the same ability multiple times with other Warframes but with Lavos, you have cooldowns. While this means you always have to wait for the ability to regenerate, it also means you never have to worry about Energy.

Note that because of this mechanism, Ability Efficiency mods affect his cooldowns instead. On top of that, every time Lavos picks up an Energy Orb or Universal Orb (limit of one per 5 seconds), he is freed from all negative Status effects. He also gains immunity to any additional status effects for 10 more seconds.

Lavos Build Main Abilities and How Mods Affect Them

Here are Lavos’ four main abilities. Since they use time instead of Energy as fuel, I will be listing their cooldown for each ability in brackets.

Ability 1 – Ophidian Bite (8 seconds): Lavos unleashes serpents through his arms in a 100-degree cone in front of him, inflicting Toxin damage and making the enemies temporarily vulnerable to melee finishers. The cone has an 8-meter radius that can be increased by Ability Range mods. For each enemy bitten by these snakes, Lavos also recharges his health pool for a percentage of damage dealt. Damage dealt and health regained are both affected by Ability Strength mods.

You can also hold down the ability key to add Toxic damage as elemental damage to the next ability cast, meaning you can cast Corrosive/Gas/Viral damage the next time if you pair it with the right secondary element.

Ability 2 – Vial Rush (5 seconds): Lavos slides in a line for 30 meters (affected by Ability Range mods), casting vials from his belt and leaving a trail of ice that deals Cold damage to nearby enemies. This lasts longer if you have extra Ability Duration on. At the end of the line, Lavos creates an explosion that deals Cold damage as well. You can also stop him in his charging animation to release the explosion early on. Of course, damage dealt by these effects is affected by Ability Strength.

Just like the first ability, you can hold down the ability key to add Cold damage to his vials, that will be added to his next ability cast.

Ability 3 – Transmutation Probe (10 seconds): Lavos launches this floating drone in the direction of your reticle, that floats in a straight line and deals Electric damage to nearby enemies. This radius as well as the length of the drone’s path can be improved by Ability Range, and the damage dealt can be improved by Ability Strength mods. The currents also have a stun effect, and you can press the ability key again to halt the probe and make it stay in its place.

Here’s the best part: each enemy affected reduces all of your ability cooldowns by one second. You can further improve this effect using Ability efficiency mods.

Ability 4 – Catalyze (30 seconds): This is the big one. Lavos conjures a ring of nine Catalyst Probes that travel out in all directions and spray flammable gel onto enemies over and under them. This gel deals Heat damage to all enemies, and damage dealt by this ability is doubled for each elemental Status Effect that the enemy already has. You can make the Probes go faster and for a longer distance using Ability Range, and you can further improve damage dealt using Ability Strength.

Lavos works best in Survival, Defense and Exterminate missions and it’s best to build this Warframe accordingly, although unlike other nuke Warframes like Saryn Prime, you need to keep moving around.

Here’s the best build for Lavos:

The goal is to keep moving around, affect enemies with as many Status effects as you can, reduce cooldowns with your 3, and nuke with your 4.

Lavos is a lot of fun to use as he lets you control the elements and cast every possible Status Effect. We hope our Warframe Lavos build helped you understand his abilities and mod-effects better. Good luck, Tenno!