The Best FFXIV Emotes and How to Get Them 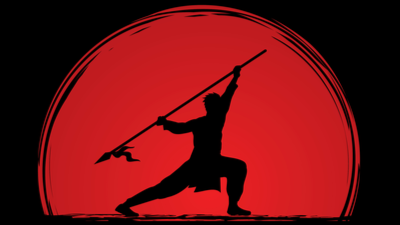 If emotes are your thing in FFXIV, then odds are you are going to want to know how you can get your hands on the best of them. The best FFXIV emotes will require a bit of effort for you to unlock them, but this guide should point you in the right direction of how you can sport your coveted emotes in style.

This guide will be covering these emotes in the following order:

Without further ado, let’s talk about each of these!

This is certainly going to make its way onto the favourites list of many an FFXIV player. The victory pose is something that has been synonymous with Final Fantasy franchise, so odds are many of you will want to sport it in FFXIV. You will have to of course deal with which class you think has the best rendition is the best, and some would argue that the Red Mage takes the top prize.

If you do feel like the Red Mage does it best, then you will need to complete “A Spectacle for the Ages” as part of the main story quest whilst playing as the Red Mage.

Sticking with the mage theme, the next emote we will be looking at is the battle stance for the Black mage. Of course, battle stances in general are great, but you could make the case that the Black Mage battle stance really does stand out from the crowd. As you adjust your gloves and boots, you will certainly look the part when flashing this emote. The female rendition also offers up a hair toss to finish the move.

To add the battle stance to your list of emotes, you will need to complete the main story quest entitled “Causes and Costs” whilst playing Dragoon at the same time.

One of the more recent emotes that was added to the game in comparison to others on the list is the Beesknees Dance. This presented one of the first dance emotes to be added to the Golden Saucer in while, so naturally it was a very welcome addition when it arrived. This was certainly one of the most sought after emotes at the time, after if you have unlocked it already then you’ll probably know why.

To get this nifty little dance, you will need to perform the same method as you would getting the Thavnarian and Gold dances. Once you have acquired 80,000 MGP you will then need to head over to the Golden Saucer and go to the prize claim to get it.

If you want to look cool and make people think that you have gone AFK, then you should consider seeking out the Lean. This idle emote sees your character simply putting the back against an object or wall. Sounds straightforward but it is a neat emote to have.

To get this emote however you will need to go through the reconstructed Ishgard. Your goal is to craft and collect a bunch of Skylander scripts (1,800 to be exact) to buy the emote. The Lean is learned via the Ballroom Etiquette – Winsome Wallflower item, so you should now have a better idea of how you can get started with leaning.

This is without a doubt one of the most eye-catching emotes in the entire game. Sporting a couple of names of which it is known by, the Iceheart emote sees players being engulfed in ice before it explodes into life, leaving your character floating for a short time.

As it is such a beautiful emote, it is one of the rarest for you to get your hands on. In order to obtain the Diamond Dust move, you would need to have a limited edition Shiva statue. These fast-selling statues cost around $150, so you can see why a lot of players are seeking it. If you are lucky enough to be able to sport it, then do not hesitate to show it off to your jealous peers.

As with other renditions on this list, you can get different poses for different iterations. For example, there are other ranger poses in the game, but the Black Ranger pose is the one that appears to stand out the most to players. This is likely down to the fact that it looks like you are dabbing whilst performing it. After all, who doesn’t like a good dab now and again whilst playing their favourite video games?

If you find yourself in this category, then you will need to part ways with $3 on the FFXIV online store. If you are willing to pay a bit more, then you can get the whole ranger pose set for $7.50. Keep in mind though that these emotes are restricted to the character that you put them on, as opposed to being available across your whole account.

This is a personal favourite, given the amount of time I spent humming to myself. In FFXIV, this is an idle stance in which your character starts humming a tune. Well, not an actual tune, but they do the movements as if they have a catchy song in their heads. Either way, it’s a great idle stance for you to have.

If you want to get your character to start bopping away happily, then you will need to finish “The Fire-bird Down Below”, which is a level 70 quest that is part of the Four Lords questline in the game. You can kick off the questline by heading over to the Ruby Sea area and talk with the NPC Soroban. Once you are there, accept the “An Auspicious Encounter” quest to get underway with the chain of quests.

Conclusion on the Best FFXIV Emotes

All of these FFXIV emotes are worth your time getting, so do not hesitate to head out and find them. Once you do, you will have gathered up a collection that will have your character strutting their stuff in style whenever it takes your fancy. Just keep in mind that some are harder to get than others, so it’s up to you to decide which ones are worth pursuing.