FFXIV Raids Guide – Understanding Your Role, and Static or PUG? 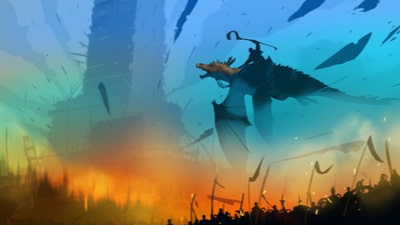 FFXIV raids are certainly a fun aspect of end-game content, but they can look incredibly daunting for new players. Given the difficulty that is presented by them, and the often high level and amount of time needed to engage with them, you can see why they might be off-putting for some. That being said, they are considered by many to be the best part of the entire game. Here’s everything that you need to know about them in our FFXIV Raids Guide.

What are FFXIV Raids?

Raids are a form of end-game content in which a number of players get together to take down a large amount of enemies in a PvE setting. These tend to end in a boss fight that offers up multiple phases in which players need to use different mechanics to beat them.

There are different types of raid depending on how many players you wish to use. You have 24-man Alliance Raids, in which you have to take on a number of bosses. There’s three types of 8-man raids as well. Normal raids will consist of an easier experience in that they don’t involve an enrage timer, which is designed to essentially prevent players from playing badly and stop groups that haven’t prepared well enough from progressing. These raids tend to be shorter and only have one boss to face.

You then have Savage Raids, which increases the difficulty of a normal raid, but also adds more mechanics and the enrage timers. For your struggles, you will receive higher rewards, though beware of the increased difficulty. If you are really able to test yourself, then Ultimate Raids are there for only the top raiders that grace the game.

How to Improve in FFXIV Raids

Now, let’s get right into the nitty-gritty, the things that you should be doing, or thinking about, during raids. By taking note of the following points and advice, you should find yourself improving little by little.

The first piece of advice to give to anyone who is looking to attempt a raid for the first time would be to keep their expectations in check. You can’t expect to be a natural raider with your first try, and you shouldn’t get bogged down when you do fail. You should learn from your errors and keep plugging away. Perseverance is definitely key when it comes to raids, and remember to bask in the glory of even the smallest amounts of progression.

Also, you should take a look into the raid you are planning to do beforehand. A little research can be the difference between success and failure. With that in mind, checking out some tactics before delving into the raid can be very useful. In particular, if you can find a video that has voiceover commentary, then you are getting the best of both worlds, with visual tips and audio analysis to help you towards achieving your raiding goals. You are bound to come across a number of videos that operate differently where tactics are concerned too. In this instance, just apply whichever tactic works best for you and go from there.

Understand Your Role in FFXIV Raids

This is another very important point where your raiding success is concerned. Having the knowledge of how your character plays and what their strengths are is going to be important in the long run. You need to be aware of your weaknesses too and how you can keep them in check to benefit your teammates.

How can you help with this? Practice. Lots and lots of practice. You should know your job better than anything else, and training in combat environments is pivotal to your growth. If you really want to get your chops up, then try practising some dungeons as well.

Take One for the Team

In some circumstances, you might have to sacrifice yourself in order to save the entire raid attempt. If you end up in a situation for example where your raid team is down and you can stack a mechanic that will hand out harsh damage, then you’ll have a decision to make. You might perish but you will be buying time for your raid.

Naturally, this depends entirely on circumstance. If you are playing as a healer (such as this Conjurer) or a tank, then you probably should avoid doing this. That said, DPS focused characters should be ok to take the hit.

A PUG is a Pick-Up Group, where random groups are made using automatic tools like party finder, or done manually by a raid leader looking to find random players to join them. Statics however are pre-arranged raid groups that will all have the common goal to clear out raids.

There are positives to both options. With PUGs, you aren’t having to take on a raid on someone else’s schedule. It can be frustrating if you end up with players that aren’t on the same wavelength as you, but at least you can find another group and won’t have to deal with them again.

That said, with a Static you can stick to a schedule that you can all agree on and get started with a raid when you’re all ready. This means much better coordination with a Static too, and you can use voice communication to organise yourselves. It is bound to be a much more fun experience this way as well, since you are playing with players who have the same goals as you. It’s also an environment where you can learn the game much better than you would in a PUG.

With FFXIV raids, the main goal is to be having fun. That isn’t to say that it isn’t going to be a frustrating experience at times. There is going to be a lot of personal growth with the game by taking on challenges such as this. A lot of time and effort is required, but it’s all worth it to experience what makes FFXIV great.