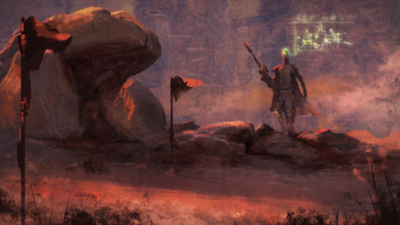 The newest update in Fortnite has officially landed, marking the 9th week of Fortnite Chapter 2: Season 5. There are only a few weeks left before the season ends, but Epic Games still managed to squeeze out some content for players to enjoy. Each update in the game is made for good reason, and the 15.30 patch for Fortnite is no different. The first few months of 2021 will see bounty hunters making an appearance in Fortnite due to the Zero Point incident, and some of them might be familiar to you if you’re an avid gamer. For the late-season patch, there’s a ton of new features that have been added as well as new types of weapons that players can tinker with during their matches.

Let’s take a gander at the exciting changes and additions that have been implemented in Fortnite!

One of the main points of the Fortnite update 15.30 is the addition of two new Exotic weapons. Exotic weapons have been around for quite a while now, and so far, the reception has been positive. Exotics are basically replacements for the now nearly-extinct Mythic weapons. Players can use Gold Bars to purchase the different types of Exotic weapons available in the game through the NPCs scattered around on the map of every match. The locations of these NPCs are randomized, so it’s a tad difficult to track them down, but at the very least they stay within a vicinity of their preferred places at all times.

While Gold Bars can be regarded as a currency in Fortnite, it’s only main use is to redeem Exotic weapons. The Gold Bars can be earned by winning matches or eliminating opponents throughout your playthrough. So far, we’ve already seen a pistol type Exotic weapon and even a grenade launcher. For the 15.30 patch update, Epic Games has added the Burst Quad Launcher and Chug Cannon to the list of ever-growing Exotics.

The Burst Quad Launcher is basically a rocket launcher on steroids. You might have heard of the Quad Launcher before—it’s basically worth about four rocket launchers since it had the power to lob four rockets at the same time in quick succession. It’s no exaggeration to say that this is the perfect weapon to destroy enemy structures to leave them vulnerable. The Burst Quad Launcher is exactly that, but better. It’s essentially an updated version and has the ability to first rockets in quick bursts. The visuals of this weapon give off a militaristic vibe thanks to its army green color.

Meanwhile, the Chug Cannon is all about healing your allies. Leaning towards the opposite direction of destruction, the Chug Cannon is an Exotic weapon that can give players a boost in both health and shields. The weapon is similar to the Bandage Bazooka, but since it can also recover your shield points, it’s a much better weapon to have. The Chug Cannon is perfect to carry if you’re with a friend or a group of people since you can’t exactly use the weapon on yourself to heal.

The Mandalorian Gets a Limited Time Mode in Fortnite Update 15.30

As part of the bounty hunters that have made their way into Fortnite, The Mandalorian (or Mando for short) has been an integral part of how the current season is faring. This is thanks to being a skin available to claim for players that have the battle pass. But wait, there’s more Mandalorian goodness coming! As of press time, he’s set to have his own Limited Time Mode called Mando’s Bounty. In the LTM, you must challenge other players by taking out bounty targets around the map. These targets are usually hunters who also attack when aggravated, so be extra careful when dealing with them.

The one who scores the most credits in the mode wins, but before that, the Mandalorian will be entering the match as well, hunting down the player who has the most credits! Sure, you can get to the top, but will you be able to stay there for long? Having the best hunter in the galaxy hounding you should you have the most credits isn’t exactly a cushy situation, but should you manage to retain your position, you’ll be greatly rewarded for it!

Epic Games always manages to surprise players. They tickle the gaming public’s fancy and they always seem to do so at the right time. With the season on its last legs, we can only hope that they’ll be able to bring some of that magic down the line for the next upcoming ones. Besides the two Exotic weapons and Mando’s Bounty, some tweaks were done in the Creative Mode to further optimize the game as well as gameplay bug fixes. There’s no substantial evidence or speculations as to what’s to come for the next season, but if Fortnite gets to have updates that are similar to patch 15.30 every week, then there might be an influx of new players to hop onto the Fortnite bandwagon.