Where is Fort Crumpet in Fortnite 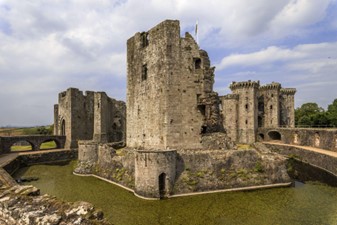 As The End live event in Season X of Fortnite brings Chapter 1 to a close, Epic Games left their players staring into The Nothing for 36 hours. After a long wait, the new map, Apollo, replaces the previous map from Chapter 1 (Athena). This new map introduces new locations such as; Eye land, a new Loot Lake, Retail Row, and many more. All of these locations are labeled on a mini-map within the game. Aside from these landmarks, Fort Crumpet is worth checking out. You need to do a little exploring as this new area is not labeled on the map and is part of the “Visit different Landmarks” challenge. This guide will help players determine: Where is Fort Crumpet in Fortnite?

Where is Fort Crumpet in Fortnite?

Fort Crumpet can be located north of Coral Castle and east of Believer Beach, and you can also refer to the map coordinates, A3. You would be looking for a run-down military fortress now abandoned. Its walls are broken and exposed, with a tower at its center that has seen better days. With just a few chests stashed away within its walls, there’s not much to say about this fortress at the beginning of Chapter 2.

After each season, this little fort changes along with the rest of Apollo (map). You would notice the rise of bodies of water surrounding the area before it looks like a small island on the map’s northwest side. Players would have been able to complete several challenges.

Where is Fort Crumpet now after Chapter 2?

At the end of Chapter 2, during the live event, the whole map changes. In the eighth season of Chapter 2, giant glowing blue cubes have spawned for every “Looper” (a term used in the story for NPCs’ to call the players). Soon the event clock reached 10 minutes, and “Loopers” had to fight off against the Cube Queen, her army of zombie troopers, and UFOs’. Every player has a weapon in their inventory to fight in this event, although these enemies do not pose any real threat.

Going through the story, you meet with “The Foundation” (voiced by Dwayne “The Rock” Johnson), Agent Jones, and a “Looper” (this name refers to the player) who work together to fix the “Zero Point.” It is a nexus orb that has been said to be where all realities came from and can be used as a power source to create a bridge to other realities in existence.

After a few cutscenes, the three characters make their way to escape from a laboratory hidden underwater underneath the surface of the island. And the Apollo map is tipping bit by bit. While still making their escape. Players find themselves being attacked by zombies through a window outside the laboratory. The window breaks, flooding the area with water and flushing out players. Players swim to the surface, safe from what they are about to see. The entire island, no longer resting on water, has been standing vertically before flipping.

Due to this event, a new map has been introduced for Chapter 3, and saying goodbye to all Chapter 2 locations, including Fort Crumpet.