Genshin Impact: Yae Miko’s Lore and How She Got Her Vision 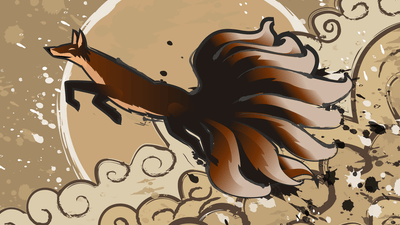 Yae Miko’s Story (as Told by Her)

Oh, you want to know more about me. Well, I can certainly indulge you for a while, though it wouldn’t be for free. Don’t worry about the price, I wouldn’t ask for anything complicated.

My name is Yae Miko. I am the Guuji or High Priestess of the Grand Narukami Shrine. I’m also the owner and Editor-in-Chief of the Yae Publishing House. My birthday is on June 27, and my constellation is Divina Vulpes. Rather fitting, don’t you think?

I use Electro in battle. My attacks take the form of kitsune spirits, and when I do a Charged Attack, it becomes a series of thunderbolts instead. With my skill, I can leave behind a Sesshou Sakura that calls lightning upon nearby enemies. I can leave behind up to three of them, and placing them near each other increases their strength.

I have to be careful not to leave them too close to each other, as doing so would destroy the older one. When fully charged, I can use my Burst, calling down a mighty thunderbolt. If Sesshou Sakura were in the field, up to three additional bolts would be called, depending on how many were there. Oh and my tails show up when I use this skill, and none had ever lived to tell about them.

Notes from the interviewer:

As a combatant, Lady Yae would benefit from the Electro-boosting powers of the Thundering Fury artifact set. If she’s with party members who can set up reactions, the 4-set can greatly boost the damage she can make. However, she can also benefit from some Elemental Mastery, as it can boost her damage output through her second ascension passive.

That makes the Wanderer’s Troupe 2-set effect can be a viable choice as well, or have some EM main stat artifacts. She might need some Energy Recharge due to her Burst costing 90 energy to cast. A 2-set Severed Fate or an Energy Recharge timepiece can help with this. A 2-set Noblesse set can greatly increase her Burst damage as well. Otherwise, any of the 2-set +18 ATK bonus artifacts will do.

As for weapons, the Kagura’s Verity is the best one for her. Other alternatives include Lost Prayer to the Sacred Winds, Skyward Atlas, The Widsith, and Mappa Mare.

So you want to know about me? I’m afraid that’s not going to be too interesting. Might I interest you in a different story instead?

There was once a young fox, born to the world of youkai who built a city by the sea. She was part of the greatest lineage of Kitsune, though she did not care at the time. Every once in a while, the youkai would gather together and talk about their latest exploits.

As wine was plentiful during these talks, the tales end up deviating a bit from the truth. Everyone agreed that it made things more interesting, so nobody minded. Because of all the stories being told, the people started calling the meetings ‘hyakumonogatari daikai’ meaning ‘the great meeting of a hundred tales’.

One of the most proficient storytellers was Urakusai. However, every time he spoke, the little fox would pick at every little detail of his story. They would go back and forth until the Kitsune Saiguu had to stop their banter. The audience would love to hear the next part, after all.

Soon the youkai would be too drunk to continue with the talks, so they would fight each other over who can best cover the sky and moon. The people who saw this called it a parade of a hundred youkai on a moonless night.

The years passed and the young fox trained under the Kitsune Saiguu. She grew up as a shrine maiden in training and then graduated from that into the Guuji. The fox was curious and playful, which contrasted with many duties of a shrine maiden. One of her duties was to sit and oversee every shrine ceremony.

That entails sitting still, dressed to the nines. All the while other people are frolicking at the festival. The fox thought the task so dreadfully boring, and wished to observe the revelry of the people. In her long life, boredom is the one thing she hated the most.

That’s why she seeks out the most interesting things, or she’s the one to create an amusing situation. So, on festival days, the shrine maidens would see the ‘Guuji’ sitting serenely the whole night, while the real one watches the festival from the streets. Sometimes, she would grumble that she only gets to see the festival if she sneaks out.

The kitsune has met many interesting people in her search for amusement. There were a pair of twins and a kind but overworked friend who lived across the sea. And though one of the twins had died, she still sticks by the remaining twin. While she would remember the youkai of the past fondly, they had disappeared during wars or the passage of time.

Though human life is short compared to her own long life, anyone she deems interesting shines brightly in her sight. One example is a shrine maiden called Kano Nana. By herself, the maiden was an ordinary person. However, she took it upon herself to take care of a diminutive ninja. And so, as the kitsune rests indoors, she’ll sometimes see the flash of a mujina-clothed ninja followed by the harried shrine maiden.

This amused her very much, such that she would help the ninja by giving the maiden the wrong directions to prolong the chase. Her helping hands don’t escape the notice of the little ninja. The small mujina’s thanks led to the kitsune having the idea to transform into a civilian and explore the city.

She’d go to the bathhouse and soak for a bit. Then she’d visit restaurants and stroll through the market, checking every store along the way. After that, she’ll chat with the detective about a case she heard about while taking her stroll. These small acts give her enough amusement that she’ll plan to do it again next time, maybe to apologize for the fox fur she had shed while soaking.

Oh, and she’d also met a curious Traveler. They helped the kitsune change the mind of the remaining twin and freed the city from an oppressive regime. They shone so bright, like a star, that she’d love to travel with them, even for a short while.

So, what do you think? If I publish this story, will it become a bestseller? Hm, you’re right, it did drag along some parts. It needs a bit of polishing for it to shine. You think it’s my story? When did I ever say that it was mine?

Do you like how I wear my Vision? You certainly have an eye for treasure. Would you like to pet it? No? Well, I suppose you’re wondering how I got it.

It was a dark and stormy night. Lightning flashed and thunder boomed everywhere. There I sat, huddled under some trees in my fox form. Creatures from the deep abyss had been chasing me, and I was tired from all the running I did.

With the rain and the thunder, I never even heard or sensed one approaching me. It grabbed and I was flung, helpless, wet, and dizzy. Whatever it was had thrown me right into where its friends had gathered, and their eyes snapped onto my small form. I desperately looked for an opening to run, but they crowded around me I could see no way out.

A flash of lightning so close blinded them, and the following boom of thunder deafened them. Unfortunately, it had also blinded me, and I tripped on something smooth and round as I ran for it. Blinking away the residual spots in my sight, I saw that I had tripped on my Vision. With its power, I was able to escape with my life that night.

Unbelievable? Hahaha, you’re right, I did lay it on too thick. How about this…

A wandering Kairagi had challenged me to a contest of feats. He split the sky in two, while I summoned a storm around us. He sliced every raindrop in half as I turned them into sakura petals. On and on it went, but we were evenly matched.

Just when we were gearing up for our next bout, a flash of light landed on my hand, and there it was, my Vision. With its power, I could do things mortals could only dream of. I brandished it high in the air and…

What? It’s a totally different story from the one before? Well, you’re surprisingly hard to satisfy. You’ll be satisfied if I tell the truth? Alright, alright, here’s the real story.

I couldn’t have earned my Vision from an eating contest? Don’t you think it would make a more interesting story, though? It’s not like you’ll believe me if I say that I never needed my Vision and that it’s just for show, after all.

Is that all you wanted to know? Now, for your price… Oh, don’t be like that, all I’m asking for is the story of your most embarrassing moment.

More Notes from the Interviewer:

Lady Yae is too enigmatic, I couldn’t figure out where to begin looking for the truth in what she said. Her storytelling is prone to exaggeration, though I suppose a majority of it is true. However, it’s difficult to know for certain which parts to believe and which are the embellishments. Perhaps it’s up to the reader to figure that out for themselves.