How and When Did Diluc Get His Vision? 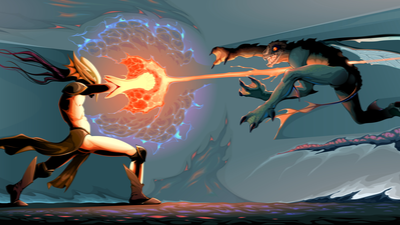 How Did Diluc Get His Vision

While the exact circumstances of how he got his Vision was never detailed in-game, looking at the stories of fellow Pyro Vision users shows a common thread. They all received a Vision as an answer to their burning passion. Likely, this was the case for Diluc, too.

‘Shine True’ is the motto of the Ragnvindr family. Though its origins were lost, that left Diluc to have his interpretation of it:

When Did Diluc Get His Vision

His determination and passion for following that directive led to his gaining a Vision even at a young age. Crepus had two regrets: not becoming a Knight and not having a Vision. Diluc worked hard to fulfill at least one of his father’s unfulfilled dreams: to become a Knight. Nobody has an exact method of gaining a Vision, after all.

Though Archons are now proven to not influence granting a Vision, the thread that links same-element users is still there. For Pyro, that is a burning passion for something. Whether music, adventuring, explosives, or fireworks, it doesn’t matter.

Looking at Diluc now, with his general grumpiness and calm attitude, you’d be hard-pressed to see where that passion is. Judging from his actions throughout the Archon Quest and his one, his ambition is likely to protect Mondstadt. The tragedy might’ve weakened his fire, but it never put it out. It still burns intensely, though hidden under a stern and stoic facade.

With the above knowledge, you can see why he’s the Uncrowned King of Mondstadt. His feats include:

If that doesn’t qualify him (or at least, the Darknight Hero) as the Strongest in Mondstadt, what would? (In terms of sheer destructive potential, Klee still trumps him, though.)