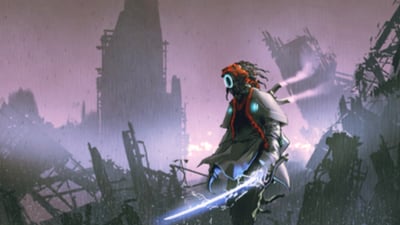 When it comes to farming for resources, no one does it like Hydroid and Hydroid Prime. This Warframe is themed around a water-based playstyle that lets you do loads of fun stuff like turning into a puddle and swallowing enemies, summoning rain, and even spawning deadly tentacles. Hydroid is a pretty fun Warframe that doesn’t top the list when it comes to DPS Warframes, but inarguably makes for one of the best farming builds in the game. Farming is one of the most important aspects of Warframe, especially in the early game when you desperately need resources.

In this guide, we’ll be taking you through how you can acquire the Hydroid and Hydroid Prime, how his abilities work, the best Augment mod for Hydroid, and the best farming build that you can use anywhere on the starchart.

How to obtain Hydroid and Hydroid Prime in Warframe

Both, Hydroid and his Prime form, are quite easy to obtain. Hydroid Prime was actually one of my first Warframes, and the game makes it so that you can actually acquire the Prime before the vanilla frame.

Hydroid’s main blueprint is purchasable from the in-game Market for Credits, but his parts are locked behind the boss on the node Oro on Earth. While Earth is the first planet you access in the game, the path leading to the Oro node requires you to complete missions on a few other planets. Moreover, the mission has you going against Vay Hek, one of the most annoying bosses in the game. Each time you defeat him, you get one of the three parts. Note that accessing this node also requires you to be Mastery Rank 5 or higher.

This leads to a situation where it’s much easier to acquire the Relics or earn the Platinum required to obtain Hydroid Prime. The Prime version rarely goes over 100 Platinum when vaulted, and you can easily acquire the parts via trading. Compared to grinding Oro over and over with no guarantee, I’d say it’s certainly worth the Platinum.

Passive ability: Slamming the ground using a melee attack (which includes melee combo slams) have a 50% chance of spawning a tentacle from the ground. This tentacle lasts for 15 seconds and is not affected by Ability Strength or Duration. While it deals damage through armor, it is not an ability you will find yourself deliberately trying to utilize.

Ability 1 – Tempest Barrage: This ability quite literally makes it rain violently. You can also hold down the ability key and release it for a stronger effect. This ability isn’t the most useful on its own in high level missions, where you’ll mostly be relying on the third and fourth ability. Tempest Barrage benefits from Ability Strength, Ability Duration, as well as Ability Range.

Ability 2 – Tidal Surge: This ability transforms you into a temporary wave of water that surges through enemies, pushing them back and letting you cover a long distance quickly. During this period, your Warframe is completely invulnerable to damage. The travel duration is not affected by Ability Duration, but the wave speed is. Ability Strength and Ability Range help this ability as well. This is also one of the secondary abilities in Hydroid’s roster.

Ability 3 – Undertow: This ability transforms you into a puddle of water that traps enemies within. You can also move around as the puddle and suck enemies into the puddle using tentacles. This is a great ability that you should capitalize on. It benefits from Ability Strength, Ability Range, and Ability Duration. Enemies within this water sink are inflicted with Impact damage, and pulling in enemies using tentacles costs Energy (affected by Ability Efficiency). Having a higher Energy pool also helps this ability, as it lets you last longer in spite of the Energy drain.

Ability 4 – Tentacle Swarm: As the name suggests, this ability spawns a swarm of tentacles in a short area. You can increase the intensity and area of this ability by charging the ability, and casting it while in Undertow will spawn tentacles from the puddle itself. These tentacles grab, capture, and even toss around enemies, and is hands down the most powerful ability in Hydroid’s kit.

Tentacle Swarm benefits from Ability Strength, Ability Range, and Ability Duration. To make it even stronger, it has an Augment mod called “Pilfering Swarm” that makes enemies affected drop 100% extra loot – including enemies affected by tentacles created by the Passive ability. This makes it an incredible tool for long Survival runs, where you can not only control choke points while camping in a room, but also conjure extra loot for the entire team.

The Best Farming Build for Hydroid in Warframe

Here’s the best farming build for Hydroid that you can use anywhere on the star-chart:

This build will allow you to make the most of all four abilities, especially the last two, which are the most useful in farming missions. Popping up a Tentacle Swarm lets you wait AFK for almost a minute, which makes for some pretty relaxing farming sessions as well. Add a Khora, Nova (speed), and Nekros to your team as well, and you’ll have the perfect farming squad.

Digital Extremes once revealed that he was highly inspired from a pirate theme, and he definitely looks like one too! We hope our Hydroid build guide helped you understand the Warframe and his builds better. Happy farming!