How did Sayu Get Her Vision? 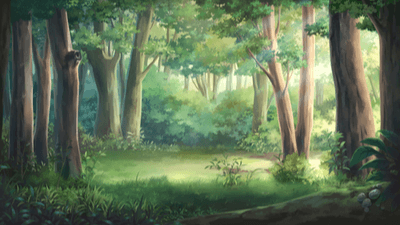 Though Sayu was taught by a master, there was a limit to what he could teach her. As such, there came a time when her master quietly left her to her own devices. Like young animals that eventually leave the care of their parents, it was her sensei’s hope that she’ll grow further once he goes.

And she did just that. She was talented at running and evading pursuers but never in combat. It doesn’t help that her stature remained small and dainty. Unfortunately, missions do not wait for Shuumatsuban ninjas to grow up.

On one such mission, Sayu found herself surrounded. It was all she could do to get away from the group. Exhausted and wounded, she realized that the weak have their own way of fighting, and it is they who can see opportunities to turn the tables on them. So she saw the opportunity and disappeared, leaving behind confused pursuers.

The following day her trusty ninja pack had been replaced by her Vision. Now, with its power, she could heft a claymore taller than her, which gives her the courage to face enemies. Yet, her fundamental problem remains: the Vision didn’t help her grow taller.

Whether looking for freedom to sleep, freedom from her small stature, or some other kind of freedom, Celestia granted her the favor of an Anemo Vision. Maybe her will to do what she wants, whenever she wants, caught their eye. No matter which reason it’s for, that’s a good enough explanation for the favor granted.

Click here to read more about Sayu’s build and lore.