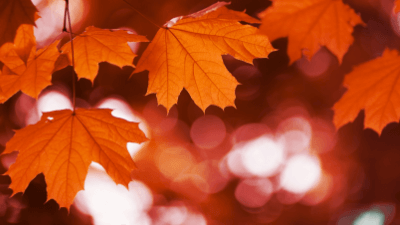 Kazuha is the first character from Inazuma to be introduced to players in Genshin Impact. Due to his homeland being inspired by Japan, he fits the look of a ‘wandering samurai.’ Even his swordsmanship is different from those of Monstadt or Liyue. The most glaring difference is how Kazuha ‘returns’ his sword. He makes a sheathing motion at specific points in his normal attack combo, when he uses ‘Midare Ranzan,’ and a few other actions.

His E skill, Chihayaburu, pulls in enemies and deals Anemo damage as it launches Kazuha in the air. For 10 seconds after activation, he can make a special plunge attack, Midare Ranzan. It deals Anemo damage and also pulls in nearby enemies and objects. Chihayaburu can be charged to take effect in a larger AoE and deal greater damage. The skill can also be used in midair, excellent for traversal and reaching objects that are higher up.

His Burst, Kazuha Slash, makes him slash once in a large AoE, dealing Anemo damage and leaving behind a whirlwind. As long as the whirlwind is active, it periodically sends bursts of Anemo damage within its AoE. As with other Anemo-imbued attacks, Kazuha Slash can cause a Swirl reaction when introducing a Hydro/Pyro/Electro/Cryo element.

Kazuha benefits from an Elemental Mastery build, as his Swirl damage increases the higher it is. How well he supports his party also relies on that attribute, as he can buff teammates better with a higher EM than with a lower one. With a Viridescent Venerer set, he can further support allies by decreasing a target’s resistance against the elemental damage of the swirled element in the reaction. Kazuha is an excellent support DPS, though you won’t need to use his auto-attack all that much.

You’ll receive the Kagotsurube Isshin sword when you do his Story Quest. It’s his signature weapon despite having an ATK substat. However, the five-star one he is associated with is Freedom-Sworn, which has an EM bonus. Other weapons he can use are:

It depends on how you want to use him and his role in your party.

The Kaedehara clan of Inazuma was once a famed samurai family. However, they had fallen into dire straits by when Kazuha was due to inherit. The Irodori Festival explained the clan’s downfall, and the Summer Fantasia patch clarified what happened.

As much as he was saddened and helpless to see his family broken and his future destroyed, he felt a sense of relief. With nothing to hold him back, he was free to wander the world as he wanted. You see, Kazuha has a unique ability to listen to nature.

Kazuha hears the clouds gathering for a storm or springs suddenly bubbling to herald an earthquake, whereas another hears nothing. Nature has always spoken to him thus, giving him a sense of wanderlust that will not be satisfied trying to handle his clan’s affairs. He wanted to see and hear all kinds of things, and that’s not going to happen with a family to take care of.

So he started his journey as a wandering samurai, a leaf plucked by the wind, just like his name.

After leaving the city, all of nature became his home. With the sky overhead and accompanied by rushing waters and cool breezes, Kazuha wandered here and there, feeling more at home than in the city. The sounds of nature kept him safe, and he was free to explore and discover what piqued his curiosity.

Sometimes, he was accompanied by others. While traveling through a mountain, he and a merchant were caught by the summer rains. They spotted a hut sitting innocently on the side of the road. Overjoyed, the traveling merchant rushed to get there, asking Kazuha to join him. The young man paused, listened, then cautioned the merchant to stay away. Unable to resist the lure of the shelter, the merchant didn’t heed the wanderer’s advice. He entered the hut, and a woman treated him to food, tea, and even a bed to rest on.

The next day, the merchant woke to the sky above and Kazuha leaning over him. Then, he bent over and vomited a pile of leaves and mud. Upon turning to his comfortable ‘bed,’ he was horrified to see it was also mud. The young wanderer explained that the wind hadn’t changed around the hut and that it should’ve grown weaker should there be a real one. A bake-danuki seemed to have thought of them as easy victims for a prank, and Kazuha cautions the merchant to tread with care in the future.

Another one of his notable companions was one he traveled with for a short while. Despite knowing them for a few moments, Kazuha felt a bond as strong as a friendship formed through years of companionship. Content to part and meet again later, they parted ways a few days before the Shogun declared the Vision Hunt Decree.

All Vision wielders, Kazuha included, panicked and went into hiding. One exception asked for a duel with the Shogun, his dear friend and companion (who we’ll call ‘Tomo’ for clarity). Tomo wanted to show courage to all, as much as he wanted a good duel. Yet, it was apparent that should he lose, he’ll undoubtedly lose his life. As soon as Kazuha heard this, he rushed to the Tenshukaku like a whirlwind.

Unfortunately, he reached the duel too late. Tomo’s sword was broken into pieces, and his Vision had become a husk. Kazuha could only grab Tomo’s empty Vision before he had to flee himself. Having been seen by the Shogun, she declared him a wanted man for owning a Vision and stealing another. Afterward, his peaceful wandering days were over. His travels became filled with battles, which he didn’t mind, but it caused him to wonder if it was the best way to get ideas across to other people.

After some time of this constant battling, he ended up in Ritou at the same time The Crux Fleet’s flagship, the Alcor, was docked there. The captain, Beidou, befriended and picked him up, and that’s how he started sailing with The Crux.

The crew became curious about this outlander. Due to his skill with a sword, diligence, and ability to predict the weather, they all welcomed him with open arms. They were curious about his past, yet their attempts to coax it out of him all met with failure. Fortunately, Juza, the Chief Mate, asked him about his name, which finally garnered a reply from the silent young man.

The Crux became his newfound home, one that sailed around oceans to new lands. It was a welcome reprieve from all the combat he encountered back in Inazuma. Plus, he gets to wander further than his homeland. Trouble may find him, but he’s no longer alone. The whole crew supports each other, and he’s now part of it.