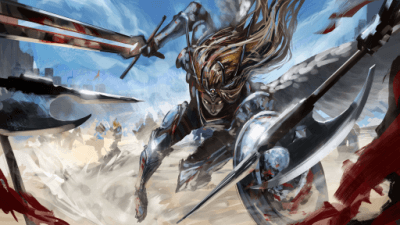 Capcom’s Monster Hunter: World is an action role-playing game and is the fifth mainline installment within the Monster Hunter series and has been released on Playstation 4, Xbox, and PC in 2018. Players will take the role of a Hunter to slay gigantic monsters in a world with its ecosystem and diverse habitats. Battle alone or work in an online co-op to defeat your foe’s craft gear and weapons to battle against even more terrifying beasts. This MHW Weapon Tier List guide will help players figure out the weapons they need to take their builds to the next level.

The game system revolves around quests that a Hunter must take to hunt monsters in various habitats. Each monster is slain, and the player will receive materials to be used to create and upgrade power and armor. Here we will look at the kind of weapons that is best to use between the two ways you can play the game. As mentioned, there are two modes you can play, co-op or single player.

To give a brief overview of the co-op in Monster Hunter: World, you need to complete the starting quest “Jargas of the Ancient Forest,” and head to the Gathering Hub, where you will look for a notice board next to a woman called the Squad Manager. Speaking to her will allow you to invite friends to the session. This step is for Xbox and Playstation. At the same time, the PC player will only need to use the Steam Group Feature instead.

Once the lobby has been filled, the Notice Board or Quest Counter will bring up the quest screen. Before embarking on the quest, remember that there are requirements for a quest. Otherwise, you would not be able to continue. If all requirements are met, other players can join by selecting “Join Quest” to be in the group. On the other hand, expeditions will go through like a regular quest and return to camp instead of Astera.

Now that we know how co-op play works, we can begin going through the different tiers for each weapon used in co-op.

Playing alone in Monster Hunter World is a different experience as you will have to face giant monsters alone, which is challenging as you will face one-on-one fights, which forces you to be mindful of the weapons, and skills you will use.