Best Monster Hunter Rise Weapons for Beginners to Start With 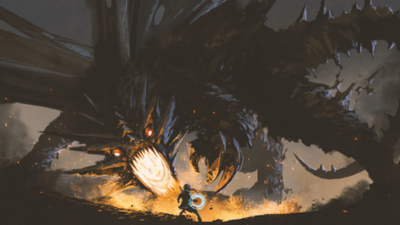 Monster Hunter Rise is the latest game in the franchise that Capcom has nurtured ever since the early 2000s. While its older brother, Monster Hunter World, has the largest number of sales by far and has paved the way for many first-timers, Rise aims to do the same for Nintendo Switch owners. The subject of just how beginner-friendly the latest Monster Hunter game is is still up for debate, though. The entirety of every Monster Hunter is skill-based; there is no right or wrong way to play, but there are alternatives to spice it up now and then. The biggest weak point of this series is by far its ability to cater to a new audience.

MH games don’t exactly hold a player’s hand. They do a poor job of tutoring first-time players on how to hunt, what are the best ways to pinpoint a monster’s weakness, and which weapon suits them to most. Monster Hunter Rise weapons, specifically, have been taken to a whole new level thanks to the addition of wirebugs in the game. Each weapon has a learning curve and caters to different playstyles so it’s hard to know which one is the best unless a player tries them all out; however, doing so requires a fair bit of time. There’s no doubt that all of them are great weapons, but what exactly are the ones that beginners would have no trouble handling?

Simple yet reliable, it’s easy to see why the sword and shield are regarded as one of the best Monster Hunter Rise weapons for beginners. By having a perfect mix of offense and defense, this is the most balanced weapon in the game. It’s shame that Capcom has decided to remove Oils which was present in their older game, Monster Hunter Generation. With the addition of wirebugs, the sword and shield have evolved into a weapon that’s able to not only defend but to counter as well. Admittedly, the damage isn’t as big as some of the other weapons on this list, but it more than makes up for it for its speed and great potential when mixed with certain elements. Oftentimes, seasoned veterans would rather have an elemental sword and shield rather than one that’s based on taking advantage of the affinity. At the end of the day, the sword and shield deliver speedy attacks, great guard ability, and a high potential for mixing and matching certain elements.

The bow is perfect for beginners who want to try their hand in using ranged weapons. What’s great about it is that players will only have to worry about what coating they’d like to use whereas, in the case of light bow guns and heavy bow guns, players would have to spend a great deal of time scrolling through the plethora of ammo choices in the store. Much like for the sword and shield, the bow has gained several unique features thanks to the wirebug mechanic. Bow users have become as agile as ever and when topped off with the use of decorations, can become a powerhouse that can damage monsters with ease. It’s also perfect for multiplayer sessions as bow users can also assist their other teammates through the use of Arc Shots which can now apply buffs to those who are in the targeted area.

The hunting horn has been resurrected in Monster Hunter Rise thanks to its high damage output, easy-to-use combos, and ability to buff other players by playing certain tunes. In the previous titles, the hunting horn was always considered as a niche weapon–it was not one that players would normally use. Times have changed, however. In Monster Hunter Rise, the hunting horn has earned a new technique called the Magnificent Trio. By playing three different notes at once, hunting horn users will be able to dish out a multi-hit attack combo that can provide the effects that can be found from all of the other notes (double X, double A, and double X + A). Since the hunting horn is a blunt weapon, the best way to utilize it is to always aim for the head. This is so that they’ll be able to stun the monster effectively. The hunting horn is perfect for players who are playing a Monter Hunter game for the first time thanks to its high DPS, great support assistance, and the addition of the Magnificent Trio combo which is easy to use.

The long sword is by far the most popular weapon in Monster Hunter Rise as of yet. Easy to use but hard to master, it’s the perfect weapon for players who want to feel like they’re Rurouni Kenshin. The combos for the long sword are easy to understand and simple to execute, making it a perfect canvas for beginners who want to improve in the game. In the hands of a veteran, the long sword is capable of doing multiple counterattacks with the help of the Serene Pose, Foresight Slash, and Iai Slash (by using Special Sheath beforehand). Altogether, the long sword is for the players who live for the “high risk, high reward” thrill.

All of the weapons in Monster Hunter Rise have their strengths and weaknesses. Each weapon can become formidable so long as the hunters play their cards right. The long sword, hunting horn, and sword and shield, while indeed the top contenders of what beginners choose for their main weapon, at the end of the day, it’s all about preference and finding which weapons suit one’s playstyle the most. Monster Hunter Rise is still at its early stage where updates will no doubt come, making more room for players to experiment with the many intricacies that lie within the game.