Blood Fury Amulet: Is It Worth It? 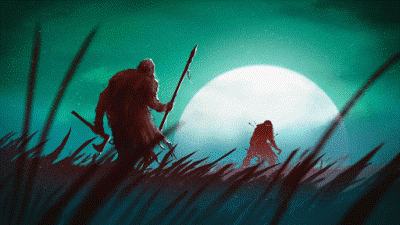 Many of the high-quality gear, including amulets, take plenty of resources to craft or purchase. Naturally, many players question if they’ll get a bank for their buck after saving up for these expensive items. In this guide, we will explain whether the Amulet of Blood Fury is worth getting or not.

What Is The Amulet Of Blood Fury

The Amulet of Blood Fury is a neck slot gear item in OSRS. You can’t grind for it or purchase it individually. It is created by enhancing an entirely different neck slot item called the Amulet of Fury.

When you temporarily enhance the Amulet of Fury by drenching it in the Blood Shard, the Amulet of Blood Fury is created. It provides the amulet a passive lifesteal ability with a chance to heal the wielder upon attacking enemies.

Is The Amulet Of Blood Fury Worth It?

In general, we don’t recommend enhancing your Amulet of Fury to the Blood Fury unless you’re running a specialized lifesteal build. With that said, to get the complete picture and to decide whether making an Amulet of Blood Fury is worth it for you, we need to look at the time and resources that go into it. Then compare those to the benefits this amulet provides us.

How to Get The Amulet of Fury?

The Amulet of Fury is one of the most potent amulets you could have in your neck slot. Its attack bonus is the same as Amulet of Glory’s, but it comes with higher defense, strength, and prayer bonuses. However, unlike the Amulet of Flory, you cannot travel using the Amulet of Fury.

The Amulet of Flory is crafted by enchanting an Onyx Amulet using a Level-6 Enchant. You need the Magic level of 87 to enchant it. Following is the complete list of requirements to craft the Amulet of Fury:

How To Get The Blood Shard?

The Blood Shard is an enchanting material that can be used to create the Amulet of Blood Fury from the Amulet of Fury. It is a rare drop from Vyrewatch Sentinels, deadly vampyres found in the upper-class areas of Darkmeyer. Their drop rate is extremely low at 1/1500.

Another method to obtain Blood Shard is by pickpocketing Vyres, the residents of Darkmeyer. However, it has an even lower drop rate of 1/5000. You need level 82 Thieving to pickpocket the Vyres.

Crafting The Amulet Of Blood Fury

So, the total cost of creating one Amulet of Blood Fury is 9,914,732. It is non-tradeable, so you’re not allowed to sell it to NPCs either.

Lifesteal Ability Of The Amulet Of Blood Fury

While you deal melee damage to the enemies, the Amulet of Blood Fury has a 20% chance to proc lifesteal. Whenever lifesteal is triggered, you recover HP based on 30% of the damage dealt to the enemies. On average, you are recovering roughly 6% of the melee damage you deal.

Exception To The Lifesteal Ability

The lifesteal passive ability of the Amulet of Blood Fury isn’t that simple. There are some monsters on which the ability wouldn’t work, especially the boss monsters. They are the exception to this lifesteal ability. A complete list of boss monsters who can trigger lifesteal is given below:

Degradation And Repair Of The Amulet Of Blood Fury

Whenever you craft the Amulet of Blood Fury, you get 10,000 charges to use it. While the amulet is equipped, a charge is consumed each time you hit the enemy whether the lifesteal effect triggers or not. Multiple charges are consumed if your weapon does multiple-hits at a time.

You can use 2 additional Blood Shards to charge it up to a maximum of 30,000 charges. When your amulet runs out of charges, its passive healing ability depletes and you’re left with a normal Amulet of Fury.

With a basic 4-tick weapon (like a whip or a rapier), each amulet would last about 7 hours of combat. A fully charged amulet will heal a player for a total of 300 times their max HP before breaking. When you get killed in PvP, the Amulet of Blood Fury gets lost on death, and you are left with a normal Amulet of Fury.

Is The Amulet Of Blood Fury Worth It?

Using it against monsters with a consistent drop to increase your farming profit is more favorable. With that, it is certainly worth getting on new and low-leveled accounts for tougher battles. However, for the slightly older accounts, we recommend saving up for something like the Amulet of Souls instead.

We hope this guide has thoroughly answered your questions regarding the Amulet of Blood Fury. Now you know how to spend your resources if you’re looking to rock that necklace and steal the life out of your enemies. Comment to let us know what other OSRS guides you’d like to see in the future.