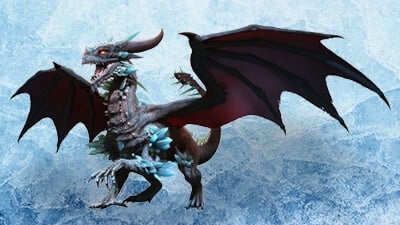 If you’re looking to gain some experience in the game or want to craft potions to give your character a temporary buff in the mission you’re having a hard time with, there’s no better way to do it than by harvesting the Herbiboar itself in OSRS. However, the task is regarded as quite energy-intensive, so you don’t want to waste your resources and lose more than you can.

Fortunately, we’ve prepared a complete guide that entails all the dos and don’ts you need to know before trying to harvest the Herbiboar. Once you’re able to master this skill, you can quickly amp up your character and gain all the benefits associated with hunting down Herbiboars!

Herbiboar is found on Mushroom Meadows in Fossil Island, which is unlocked by completing the Bone Voyage quest. The quest is about constructing a barge for Varrock Museum and is relatively more straightforward than most OSRS quests. So we recommend you finish it ASAP to get access to the Herbiboar.

Other than that, you’ll need 80 Hunter or 77 + Hunter Potion/75 + Spicy Stew to start your search for the Herbiboar. 31 Herblore is also required to harvest the Herbiboar, so once you’re done grinding all of them, you’ll be ready to go meet the majestic creature.

Tips To Keep In Mind

It is highly recommended to have some items at your disposal while harvesting the Herbiboar. While you don’t need them, having them by your side will definitely make this tiresome process quick and more reward-gaining.

Harvesting the Herbiboar is hectic for you and your character as it will drain his energy rapidly and make him walk rather than run. That is why it is suggested to equip the Graceful Outfit and take some Stamina Potions to restore energy as you’re on the forage for the Herbiboar.

When you’ve finally found the Herbiboar and are harvesting it, you’ll need the extra space to ensure you can take every harvested herb you can get from it. That is where the Herb Sack comes in handy and allows a player to store up to 30 of the standard Herbs.

It is also suggested to bring the Magic Secateurs to increase the number of Herbs you gather from the Herbibore.

You can also enable some plugins that will help to make your search for the Herbibore easy such as the Herbiboar, Camera, and NPC Indicators. If you don’t know how to use or install plugins, you can use Runelite, an open-source third-party client for OSRS.

Step 1: Launch Runelite, and in the top right corner, click on Configuration. If you have the mentioned plugins available, then just enable them. If not, proceed to Step 2.

Step 2: If not, at the bottom, you’ll see a Plugin Hub option. Search for the required plugin, download it from there, and then enable it.

How To Get To The Herbiboar

To get to Fossil Island, you’ll need a Digsite Pendant. If you have one at your Player Home, you can use that one; otherwise, there’s always one available at your Bank. After you’re at the Digsite, run East to the dock. Hover on the person that is standing in front of the Dock and click the third option which reads Quick-Travel barge guard.

If you’ve enabled the Runelite plugins, you’ll see some rocks highlighted in Teal. Go to the nearest one to inspect it, and once you do, you’ll see revealed tracks in Wgute that will tell you where to go. Keep inspecting the rocks till you get to the Herbiboar.

If you don’t have the plugins, there’s no need to freak out. Instead of the highlighted colors, you’ll just be able to see the Herbiboar’s footsteps which won’t be as prominent to your eye but still visible enough for you to follow.

After following all of the tracks, you’ll come to the burrow in which the Herbiboar is hiding. Then click Attack, and the Herbiboar will be stunned. You can then right-click the stunned Herbibore and click Extract to get all the items out of him.

After a short duration, he will dig a burrow at the spot where he was stunned, and you’ll again have to inspect the rocks to find him and stun him again to extract herbs out of him.

While Herbibore himself isn’t hard to find, getting herbs from him can feel hectic due to his pesky nature to hide again and again. We hope with our guide, you’ll track him down as quickly as you can without wasting much time and level up your character as well as get your hands on some of the rarest herbs in the game.