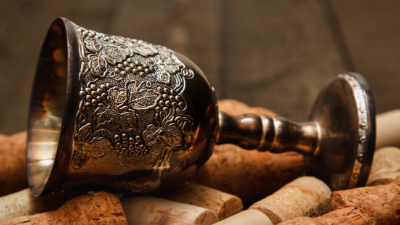 The Holy Grail OSRS quest serves as the second entry in the Camelot quest series, in which you need to help King Arthur locate the holy grail. The following OSRS quest guide will show you how this particular quest plays out.

In this guide, we will be outlining the following:

For the next and final quest in the Camelot series, see our King’s Ransom OSRS quest guide.

To get started with this quest, you will need to have completed the Merlin’s Crystal quest, as well as having level 20 Attack, and the ability to beat a level 120 Black Knight Titan. You are going to need Excalibur for this quest, and it is recommended that you take weapons and armour with you. If your combat level is less than 50, then it is strongly recommended that you take some food with you as well.

To start with, talk to King Arthur to learn about the Holy Grail. Once you have done so, go to Merlin on the Camelot Castle’s first floor. Head up the stairs and go to the room in the south-east where you will be told to speak to someone on a holy island known as Entrana, and that Sir Galahad who is located near McGrubor’s Wood.

Firstly, head to Port Sarim and talk to the monks found on the pier so that you can make your way to Entrana. Bank any gear that you have nearby then talk to the high priest in the church. You will be informed that the Holy Grail isn’t there anymore, before a strange old crone appears to tell you that Fisher King is in danger. You are going to need to search for six stone heads and find where they are pointing once you obtain a magic whistle. With this information, return to Camelot.

Next, head to Draynor Manor and go to the top floor and go to the room to the south near Professor Oddenstein. With the holy napkin on you, pick up two magic whistles and prepare for a fight with the Black Knight Titian.

Your next stop is Brimhaven, which can be reached by using a scroll of redirection on a teleport to house tablet before directing it to go towards Brimhaven. Alternatively, teleporting to Ardougne and speaking with Captain Barnaby to the south of Ardougne on the docks. There’s a charter ship from Port Sarim and Catherby docks that go to Brimhaven if you wish, costing 1,600 gp. Another way is to use your amulet of glory to get to Karamja Volcano then heading west. The fairy ring code b.1.p meanwhile can get you inside the volcano to Tzhaar City. There is also another ship from Port Sarim that you can take to Musa Point, then you can walk to Brimhaven from there.

Once you have arrived at Brimhaven, you need to head to the north-west, where you will find a goldmine. Search here for a guard tower to the north near the gold rocks, then head under the tower and blow one of the magic whistles you acquired. This will take you to the Fisher King’s Realm, but make sure that you are prepared before doing so. If your combat level is below 41, then make sure that you bring an Antipoison with you so that you can deal with the poisonous scorpions that stand in your way.

You now need to head across the bridge where you can talk to the Fisher King. Keep in mind that you won’t be able to surpass the Black Knight Titan without a fight, and you will need to use the Excalibur blade in order to kill him. You can use other weapons to bring down his health if you wish, though you will need to switch to the Excalibur for the killing strike. As for the titan himself, he is resistant to both Magic and Ranged attacks, so you should opt for a Melee approach. Keep in mind that if you do kill the titan without the Excalibur, you will have to repeat the fight.

Once he has been defeated, head over the bridge then go south until you find the Fisherman by the river. Enquire how to get into the castle, where you will learn that you need to ring a bell. With that in mind, go to the castle to the south-west where you will find a grail bell near the entrance. Ring the bell and go through the dialogue that follows, and pick up the whistle that you find there.

Go upstairs and talk to the Fisher King, then select every chat option there is. By not doing so, you may have to fight the titan once again, so make sure that you don’t miss any. You will discover that he is in fact very ill and wishes to see his son, Percival who is a knight of the round table. Blow your whistle again to teleport out and head to Camelot.

Once you are back at Camelot, talk to King Arthur. He doesn’t know the whereabouts of Percival, but he will give you a magic gold feather which will point to Percival’s gold boots. Blow on the feather to get towards Goblin Village, after which you can teleport to Falador. Go north to reach the Goblin Village, then go to the house to the east and open the sacks. Here you will find Percival, where you can tell him that his father wants to see him again. Give him a magic whistle so that he can reach his destination.

Go back to the Fisher King’s Realm and go to where the Fisher King was. You will find Percival as a king here, so go back down the stairs then up the eastern staircase. Go up the ladder and take the Holy Grail and blow your whistle. Return to Camelot one final time and talk to King Arthur to finish the quest.

For completing the quest, you will receive two quest points. You will also receive 11,000 Prayer experience and 15,300 Defence experience. If you require it, you can now access the Fisher Realm and can place a King Arthur picture on the wall via the Construction skill if you wish.

Congratulations on completing the Holy Grail OSRS quest, and we hope this guide saw you through your journey with relative ease. Just remember to be prepared for the titan and take the magic whistles, and you will be completing this in no time.