Is PvP Dead in OSRS? 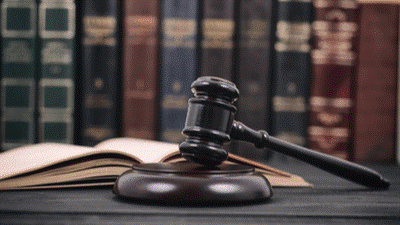 The answer to this question depends on who you ask. An Ironman trying to get a Dragon Pickaxe will, for a fact, have a very different answer than a PKer in max damage gear who is patiently waiting with 115 hp. A better question is, what do players mean when they categorically answer with “yes” or “no”? What aspects of the PvP in OSRS result in players unequivocally taking one side instead of the other? And was the Sand Casino the only instance in which players were notably engaging in consensual PvP in OSRS?

Is Ferox Enclave Proof that PvP is not Dead in OSRS?

If you go to Ferox Enclave, you will probably see many skilled players. Suppose they say they don’t have victims in the Wilderness. In that case, you should wonder if they have recently visited the Abyss without an Abyssal Bracelet to get the skull, or if what they really mean is that PKing has become less rewarding than it used to be, as fewer people adventure in the Wilderness.

A high percentage of the players in the Wilderness are there for the PvP. Still, the likelihood of them killing each other or choosing the classic non-consensual PvP with the predator vs. the prey becomes a question.

On the other side of the spectrum, the PvMers are forced to go to the Wilderness for occasional hard or elite clue steps, Wilderness bosses, better Prayer XP, or Slayer tasks.

However, one of the most significant issues concerning PvP in OSRS is that it is arguably hard to learn PvP as a beginner, so not many players choose to do it.

Imagine you are not a PvPer. When you finally have enough of the PKers, and you want to put in the effort to learn PvP, the natural thing to do is to train in the PvP minigame Last Man Standing. Many other players might suggest this because you don’t need to have high combat stats. One factor preventing more players from learning PvP in OSRS is the potential time spent leveling a PK build or getting max combat on a main. This is why it is recommended that players who want to learn PvP ought to start in LMS, where their stats or the gear they can access won’t matter.

There are casual and competitive servers, but the casual worlds, where a true beginner should start, are empty. Therefore, a beginner has to face far more experienced players (and many bots) and figure out how to PvP. This can be a harrowing and frustrating experience, especially for a greenhorn. But if they manage to overcome this, they have the considerable potential to become one of the many players who enjoy the OSRS PvP’s rhythmicity every day in LMS, keeping a vast aspect of the PvP alive.

What Keeps PvP Alive in OSRS?

Far and beyond the PvP minigames like LMS, Castle Wars, Clan Wars, or Soul Wars, there is another element that keeps the PvP alive. At the core of most new players entering the PvP scene, the other PvP players enthusiastically share their knowledge to help others. These “veterans” are the biggest contributors to keeping the PvP alive by teaching the beginners the ropes.

Does Jagex think PvP is dead in OSRS?

Based on their updates, it’s safe to assume that Jagex is afraid of OSRS’ PvP dying and is trying their best to avoid this while considering other aspects of the game.

The Duel Arena was initially intended as a handy tool for those who wanted to start PvP by allowing players to duel their friends or random players safely so that they can learn the rhythms of PvP fast and efficiently. Sadly, Jagex used this tool too much for a different scope: staking. Thus, it became the place for in-game scams and RMT, which further led to it being removed; part of the illicit activity moved to the PvP worlds, but it requires a more complex approach for the high-risk stakes.

The Duel Arena is not the only PvP activity that has suffered significant changes due to being abused and negatively impacting the game. In early 2021 another well-loved PvP activity had its rewards taken away because players abused its mechanics: Bounty Hunter. Ever since that happened, Jagex has been consistently trying to improve the PvP aspect of OSRS by bringing numerous other changes, such as the modifications to the Revenants Cave and the PvP Arena itself.

The PvP Arena is the replacement for the old Duel Arena. To prevent malicious uses, Jagex and the players have decided that there will be no tradeable rewards. In addition, all the non-cosmetic rewards can only be used for PvP (in PvP minigames, PvP worlds, or in the Wilderness).

Your account level and items won’t matter, as the new PvP Arena will allow you to choose amongst various premade PvP builds, so pretty much anyone can try it. You can participate in 1v1 Duels or in tournaments where you’re grouped with 15 other players, and you’ll most likely eventually face players of a similar skill level. Playing will give you rank points and reward points, and you can even try unranked duels for fun and learning.