What You Need to Know About OSRS’ Guardians of the Rift 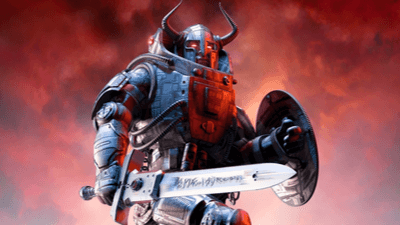 Guardians of the Rift is a new Runecraft minigame released by Jagex as part of the March 23rd OSRS update. Runecraft is the skill you need to use various types of essence on altars to obtain runes. It is one of the slowest and seriously tedious skills in OSRS.

So why should you level Runecraft? A lot of content is locked behind a certain level of Runecraft, but more specifically, there are three substantial account milestones you cannot reach without it. You’ll need level 55 Runecraft for the Quest Cape, 91 for the Achievement Diary Cape, and 99 for a max account. Even if you’re not interested in these milestones, you might want to do it for profit or for the slight chance to obtain that cute, super rare Runecraft pet.

What Rewards Can You Get From the Guardians of the Rift Minigame?

Guardians of the Rift has a similar reward system to Tempoross. After the minigame, you will be awarded catalytic and elemental points based on how well you performed, similarly to the reward permits from Tempoross. You will be able to use these points to search the rift via the reward guardian to claim your rewards, in the same fashion as how you use your permits at the reward pool after defeating Tempoross.

The reward guardian can award you standard loot such as runes, talismans, and uniques. Unlike Tempoross, you can earn a new type of currency called Abyssal Pearls, which you can use to buy items from Apprentice Felix.

Most of the unique rewards from this minigame are fantastic! Whether you despise Runecraft or love it, the Guardians of the Rift rewards will make your life easier. Here’s what you can get:

Now, let’s see what you can spend your hard-earned Abyssal Pearls on:

If the rewards have convinced you to try out the Guardians of the Rift minigame, then you need to know that to be able to play the minigame, you need level 27 Runecraft and to have completed the quest Temple of the Eye.

You’ll need to assist the Great Guardian in charging up power to close the rift in the abyss. You’ll have to use three primary skills: Runecraft, Mining, and Crafting. The minigame has three phases. Here are the main steps you need to do to help the Great Guardian:

Until you obtain the Raiments of the Eye, equip a combination of the Graceful Outfit, Varrock Armour, and a Pickaxe. Have a chisel and pouches in your inventory. You can deposit the runes every round inside the minigame.

If a game has already started on your server, you will need to wait for it to finish. The game is capped, so if too many players are already behind the barrier, you won’t be able to enter.

This is the basic gameplay, but you can optimize your strategy for better XP per hour at a lower profit (or higher profit at the cost of lower XP per hour).

Have Fun With Guardians of the Rift!

The Guardians of the Rift is a rewarding minigame. So much so that whoever played within the first hour of release even had the chance to grab their first infernal cape as a critical game bug allowed everyone to pick untradeable items from the ground before the servers got rerolled.